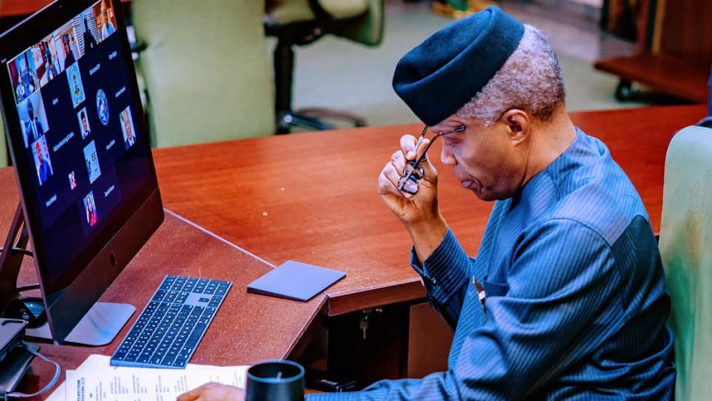 Vice President Yemi Osinbajo has said that many households are faced with the dilemma of survival between food and inadequate shelter.

Osinbajo stated this in Masaka, Nasarawa State at the commissioning of 248 housing units and commemoration of the 1,000th home built by the Millard Fuller Foundation (MFF).

He noted that to address inadequate housing in the country, the Buhari administration remains determined in its vision to build a nation where low-income earners have the dignity of a decent home and livelihood.

He said: “A watershed event in the important work of providing housing for Nigerians who need it most, the challenge of inadequate or no-housing undermines the quality of life of many Nigerians on low income, it also denies our economy and, therefore, our collective welfare the growth that is possible through a vibrant housing market.

“Under the ESP Social Housing programme, which will create up to 300,000 homes, 18 states have so far given land for free, while 19,478 homes have been built, including 582 purchased from the Millard Fuller Foundation.

“We are negotiating another 400 homes with them, the one-bedroom self-contained costs N2 million and N3.2 million for the two bedroom. We negotiated with Dangote, BUA and Lafarge to give the Family Homes Fund cement at 30 per cent discount. So we now have low cost cement.”

Speaking at the event, Governor of Nasarawa State, Abdullahi Sule, commended the Fuller Foundation for his initiating the project, which is providing conducive environment for low-income earners across the country.

The governor also commended the effort of the Federal Government in finding solutions to the challenge of affordable housing and gave assurances that the state government is committed to fixing the access road to the housing estate.

Earlier in his address, the Chief Executive Officer of Millard Fuller Foundation, Sam Odia, appreciated the Vice President for attending the commissioning of the housing units. He described the VP as a “man of his word, and a man who has a heart for the poor.”

He added that the Foundation was working with the Family Homes Fund to advance the cause of social housing in Nigeria.

Also, Chairman, Board of Directors of the Millard Fuller Foundation, Solomon Yero, said: “We are working hard to improve invisibility of the affordable housing market. While it took us almost 10 years to build our first 100 units with grant funding, it took us only another five years to build 1000.

“We expect to build another 10,000 through a combination of grant, loan and investment. Housing delivery is what our organisation does best.