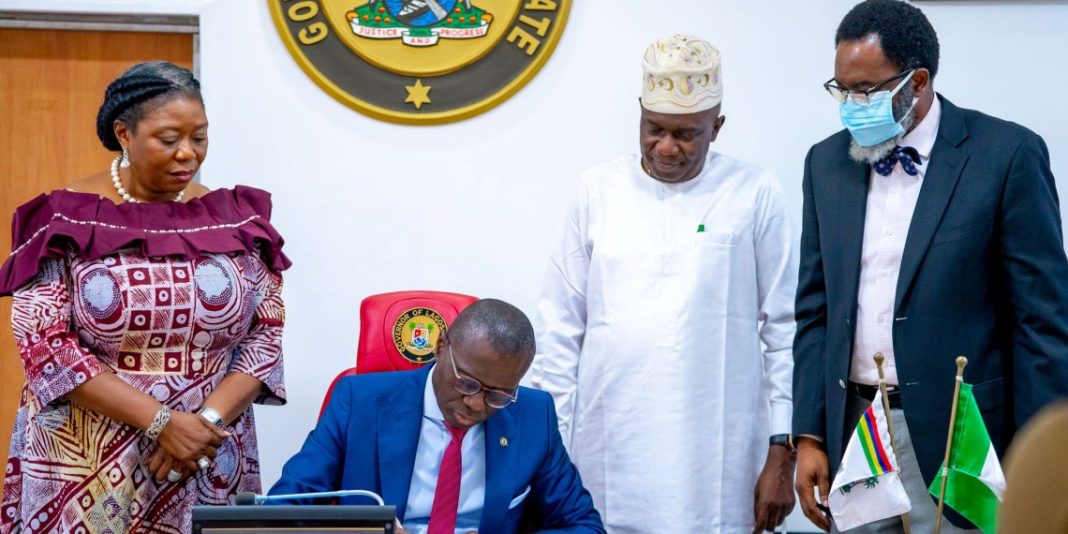 The governor said law to regulate the real estate transactions in Lagos would help to protect the citizens; the unsuspecting residents who fell prey to many real estate professionals.

The News Agency of Nigeria (NAN) reports that the three bills included the law regulating real estate transactions and the law to provide for the registration of Cooperative Societies in Lagos State.

It also included the law to regulate ownership, licensing and sales of pets and to prohibit and restrict people from having in custody dangerous animals in public places.

According to him, the bills will also ensure that residents continue to live in an atmosphere where the rule of law is enshrined, and for residents to know what is expected of them.

He said that the law to regulate the real estate transactions in Lagos State would help to protect the citizens; the unsuspecting residents who fell prey to many real estate professionals.

Mr Sanwo-Olu said that the law would also help players in the real estate sector to know what was expected of them and for the government to be able to track happenings in the sector.

”It is really about ease of doing business and ensuring that we can continue to attract private sector investments into the real estate space.

”We believe this law would be the very first in the country that has taken a deep dive into what is happening in that space and it further strengthens our intervention in housing through the Ministry of Housing,” he said.

He said that the law regulating the ownership, licensing and sales of pets, prohibiting and restricting people from having in custody dangerous animals in public places, would further strengthen all the deliverables in the Ministry of Agriculture, especially issues that had to do with pets and animals.

The governor commended the Speaker of the Lagos State House of Assembly, Mudashiru Obasa, and the state lawmakers for seeing the need to pass the bills into laws.