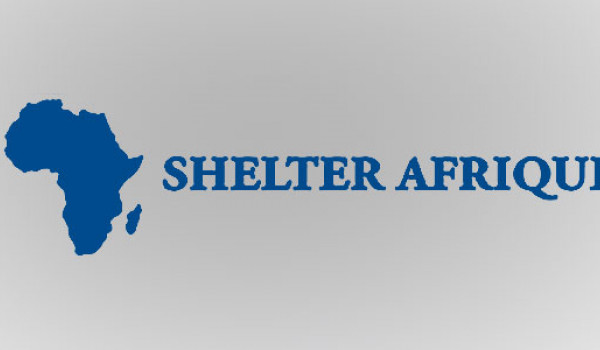 Andrew Chimphondah, the institution’s GMD/CEO, who said this when he was host at the Channels TV, disclosed that the institution would be making a $619 million commitment to the Solar Homes Systems Project in Nigeria.

The project, he explained, is intended to install solar home systems for up to 5 million households, serving about 25 million Nigerians who are not currently connected to the national grid.

For Nigeria where, despite the central government’s doubts, the housing deficit is in excess of 20 million units, experts say N250 billion committed to building affordable housing means so much in terms of providing shelter and creating jobs.

According to Johnson Chukwuma, a civil engineer and estate manager, with a conservative construction cost of building a two-bedroom bungalow at N5 million, where land is already provided, the N250 billion could produce about 50,000 housing units.

“Though this looks like a drop of water into the ocean, given the size of our housing deficit, it will make a lot of impacts because, with an average family size of five persons, it means that money will provide shelter for 250,000 human beings,” Chukwuma said.

Continuing, he said, “That is not all; it is unimaginable the number of jobs that could be created where 50,000 housing units are being built. It is estimated that every one square meter of real estate activity creates jobs for three persons who could be engineers, architects, bricklayers, tilers, carpenters, etc.”

He believes that installing solar home systems for up to 5 million households, which will serve about 25 million Nigerians, would mean changing their story in terms of living standards and economic benefits.

Besides Nigeria, Shelter Afrique sees challenging living conditions for Africa going into the future. Chimphondah, in his presentation at the event, highlighted key facts and figures from the continent.

“It is projected that the number of Africa’s urban residents will increase to 1.5 billion by 2050 and that Africa will pass the tipping point of 50 percent urban population around 2035,” he said, adding, “In sub-Saharan Africa (SSA), over 60 percent of the urban population are estimated to live in areas categorised as slums and informal settlements.”

The GMD pointed out that Eastern and Western Africa, including Nigeria, could experience an estimated 15 percent decline in GDP by 2050 owing to a lack or failure of adaptation and/mitigation strategies responding to the impacts of climate change.

He disclosed Shelter Afrique’s strategies to support Nigeria’s COVID 19 recovery strategy for which the country is developing 300,000 housing units yearly in the six geopolitical zones of the country.

The N250 billion bond issuance is planned to provide affordable housing and homeownership to low and medium-income home buyers, consequently improving their standard of living. He affirmed that the bond issue is also meant to increase construction activities that would generate positive ripple effects through jobs creation and other related spinoffs.

Specifically, he highlighted facts and figures as they relate to urban growth and housing delivery in Nigeria, citing the World Bank that said 107 million people in the country were living in urban centers as of 2020. He noted that urbanisation rate in Nigeria stands at 4.17 percent, adding that the country has a typical mortgage rate of 25 percent and a typical term of 20 years.

As an institution that exclusively supports housing and urban development in Africa, Shelter Afrique, which is a partnership comprising 44 African governments, the African Development Bank (AfDB), and the Africa Reinsurance Corporation (Africa-Re) has made a series of interventions in the continent’s housing sector.

From its $1 billion authourised capital, it has made $134 million cumulative approvals to Nigeria. Its role has been attending to the challenges of affordable housing delivery and urban development in Africa.

“Shelter Afrique offers a range of financing facilities to support the delivery of affordable housing and to stimulate the demand side across Africa, including but not limited to lines of credit and project finance,” Chimphondah disclosed.