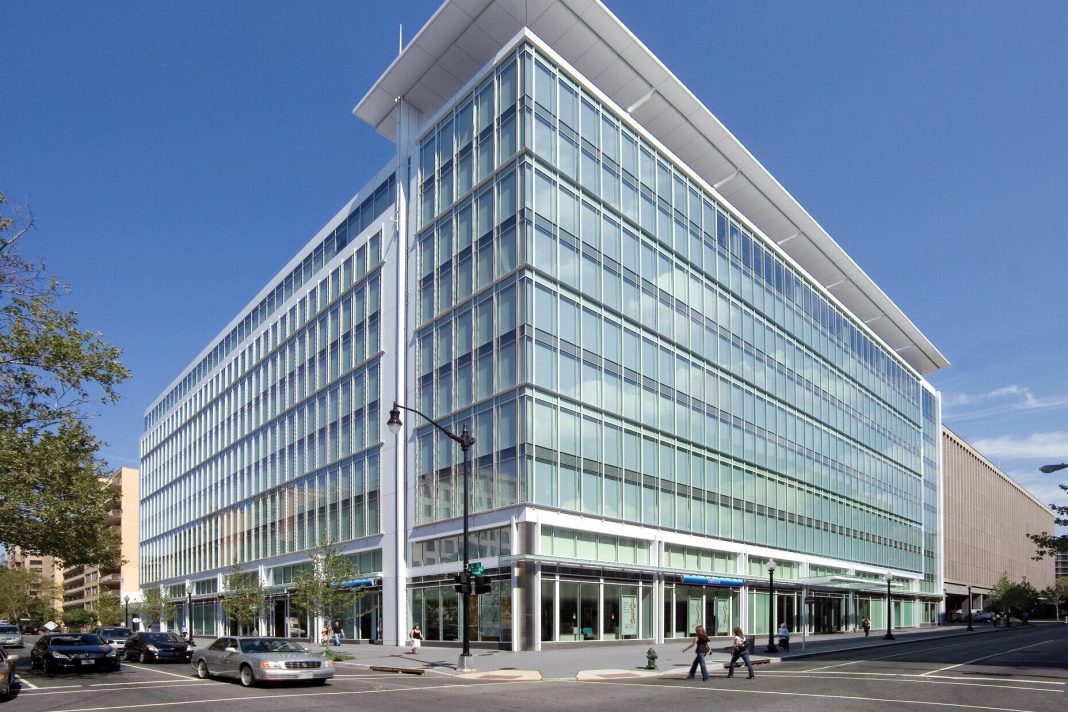 The U.S. Green Building Council’s annual ranking of the Top 10 states for green buildings would have D.C. as No. 1 if it were a state — and by a long shot.

The council’s rankings are based on certified gross square footage of LEED-certified buildings. By that measure, D.C. comes in at 29.46 square feet per capita, more than nine times as much as the top rated state Illinois.

In the District, 103 commercial and institutional building projects were certified LEED (Leadership in Energy and Environmental Design) throughout 2021, second only to California.

“Despite D.C. not appearing in the official Top 10 list because of its status as a federal territory, it consistently leads the nation in LEED-certified square footage per capita, and has demonstrated strong leadership in its adoption of LEED,” the Green Building Council said.

In 2006, D.C. passed the Green Building Act, which required green building certification for certain private and public buildings. In 2020, a new D.C. building code went into effect focused on energy conservation, pushing LEED Zero for commercial and residential construction. The District has a goal of carbon neutrality by 2050.

LEED certification is not just awarded to new construction. Much of it is earned by significant environmental upgrades during building renovations and redevelopment. In fact, very old buildings can achieve LEED.

This is the 12th year for the Green Building Council’s Top 10 rankings. In 2021, it LEED-certified more than 247 million square feet of space among 1,105 projects.

LEED certification is awarded to many types of projects with green building principles, not just office buildings, including schools, distribution centers and warehouses, as well as apartment and condo buildings.

Certification is a point-based scoring system based on the sustainability of a project’s site, such as energy and water efficiency, materials and resources used, atmosphere and indoor environmental quality. It is awarded on levels including silver, gold and platinum.

More than two-thirds of LEED credits support human health such as ventilation and filtration, abundance of natural light, materials used, access to outdoor spaces and acoustics.

Jeff Clabaugh has spent 20 years covering the Washington region’s economy and financial markets for WTOP as part of a partnership with the Washington Business Journal, and officially joined the WTOP newsroom staff in January 2016.