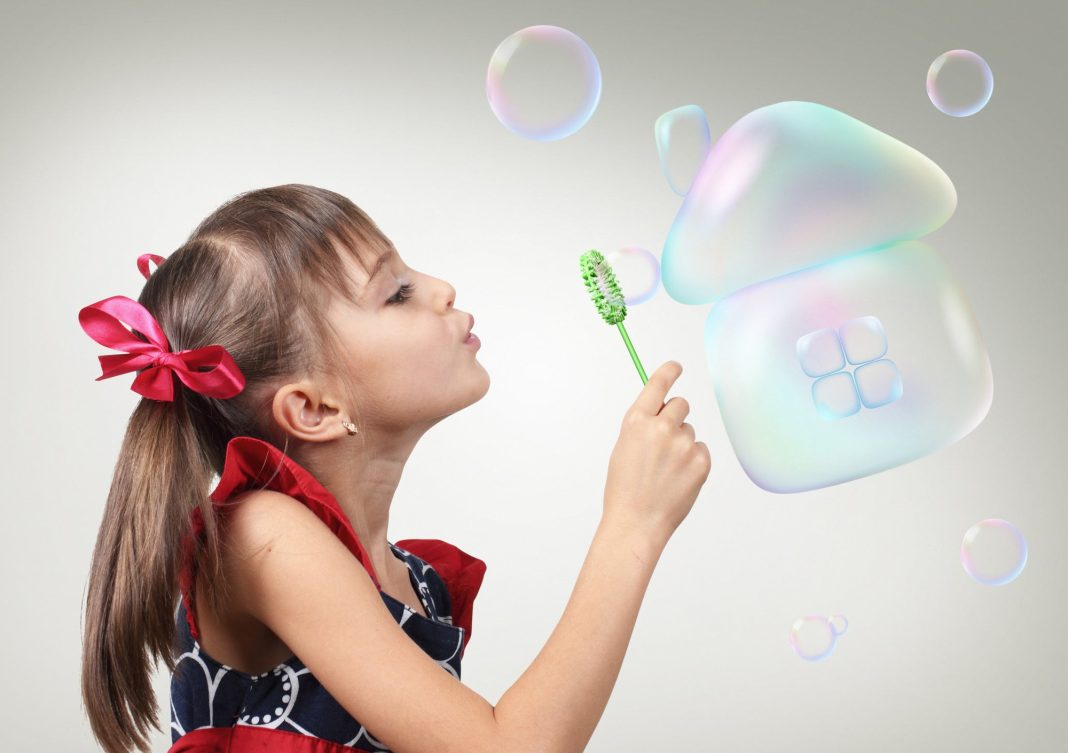 The National Association of Realtors says the median price of an existing home nationwide rose 16.9% in 2021, reaching $346,900 and marking 118 consecutive months of year-over-year gains.

Demand by individual buyers and big real estate investors alike seems insatiable, but, seriously, how long can that go on? The surge of demand and prices for housing since the coronavirus pandemic arrived in America has created concerns of a bubble. There are reasons to believe we’re in one and reasons to believe we’re not. The latter wins out, for now. 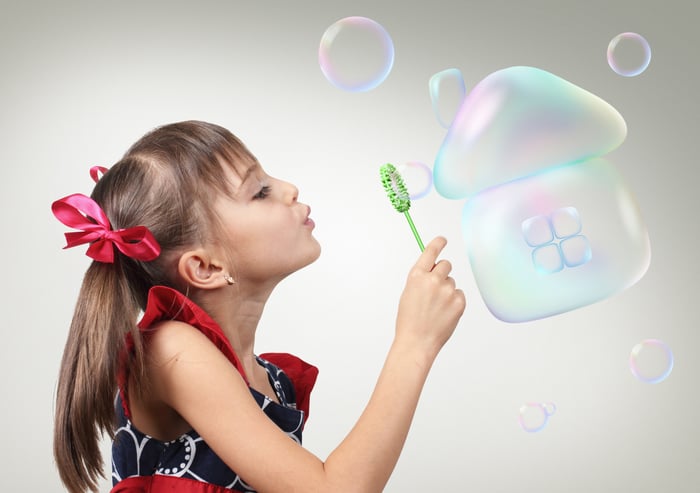 First, let’s clarify what we mean by a housing bubble. That would be a time of low supply and high demand combining to drive prices beyond what market fundamentals would indicate is sustainable. Eventually, supply overtakes demand and the latter tails off, causing prices to collapse and the bubble to deflate.

That can happen rapidly and have long-term effects. The housing crisis that began in 2007 and helped kick off the Great Recession that lasted well into the next decade was preceded by a run-up in demand and prices not so different than now.

But here are five reasons we’re not in a housing bubble. At least not yet. Anything can and will happen, but for now, there seems to be lots of oxygen to fuel the fire in today’s housing.

Trillions of dollars and millions of homes were lost when the housing market collapsed last time, a calamity attributed in no small part to easy credit extended to people who couldn’t really afford it. That included low- and no-down payment mortgages and balloon and ARM deals that could mask to the uninitiated just how high and fast their monthly payments could and would rise.

The extenders of those mortgages were part of the problem, of course, and so were the bundlers and sellers of mortgage-backed securities packaged and sold to investors, who also lost big when the underlying mortgages were no longer being paid.

Credit standards are higher now. Simply ensuring as much as possible that someone can afford a mortgage before giving them one will help slow down any deflation of the housing market.

Fixing to fight inflation, the Federal Reserve says it plans to raise interest rates this year, signaling perhaps three separate hikes to about 1% by year’s end for the federal funds rate. That should lead to higher rates for mortgages, too, which currently stand at an average 3.75% for a 30-year, fixed-rate loan.

Combine that with those stricter lending standards and it stands to reason that there will be fewer loans given to people who can’t afford them.

One of the hallmarks of the housing crisis of the Great Recession was the foreclosure crisis. More than 6 million homes were lost by people who couldn’t pay their mortgages, pouring more inventory into a market where demand was also being hammered by joblessness.

We’re seeing nothing like that now. After quickly recovering from the wrenching economic collapse of the pandemic’s first few months, 2021 came to a close with foreclosures at an all-time low and the delinquency rate near its record low-water mark as well, according to data kept by Black Knight.

In that December report, NAR chief economist Lawrence Yun says, “Home builders have already made strides in 2022 to increase supply, but reversing gaps like the ones we’ve seen recently will take years to correct.”

Meanwhile, the home rental industry — both single and multifamily — is booming, too, and it stands to reason that any softening in home prices will be met by demand from renters who now find themselves able to buy.

That all points to years of demand to keep the bubble inflated.

The current job market seems able to sustain untold millions of Americans who want to buy their first or next home. Unemployment is low, really low. Job availability is high, really high. Wages are rising as companies compete for people to take their jobs.

The labor shortage is wide and remarkably deep. People who want good gigs are more able now to get them than I’ve seen in my working life, and I’m a baby boomer. (I saw a social media ad the other day from a major freight line looking for train engineers!)

Combined with realistic lending standards and predicted softening of rising house prices, that points to strengthening the overall ability for Americans to pay for the homes they mortgage.

What bubble? “It’s about the fundamentals”

Black Knight does note in its report that there’s a large volume of borrowers who’ve recently exited forbearance protections put in place early in the pandemic, so that will bear watching. More inventory also could help add to any cooling that could happen in the housing market.

Rising interest rates also should help cool some demand, at least for higher-priced properties, and the NAR and others are predicting that house prices will continue to rise but not at the frantic pace we’ve seen since the coronavirus came calling.

But, that said: “It’s not a bubble, it really is about the fundamentals,” Brookings Institution researcher Jenny Schuetz told the New York Times. “It really is about supply and demand — not enough houses, and huge numbers of people wanting homes.”

So, are we in a bubble? The immutable laws of gravity and reversion to the mean would say that prices and demand will reverse course, but it’s how much and how fast that will tell the tale. The best thing for all of us participants in that big give-and-take we call the economy would be for a soft landing to a new level of prices and ability to keep current on the mortgage.