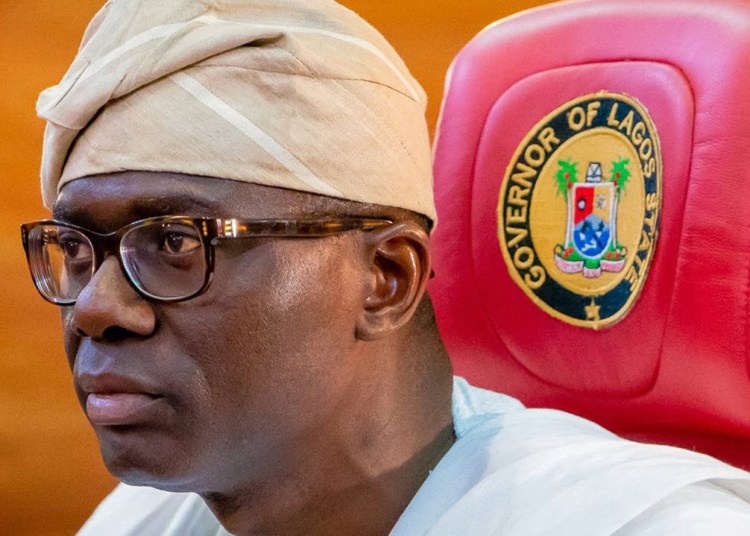 If Lagos State government needed any reassurance about its resolve to increase housing delivery for its teeming population, the numerous housing units being unveiled in different parts of the state by the current administration in response to the increasing gap in housing demand has proved it.

The lightning speed with which homes are being built and commissioned under the Governor Babajide Sanwo-Olu led government underscores its seriousness and commitment to housing delivery. The enthralling aspect of the home de[1]livery in Lagos is resolved that the cost of homes built by the state should be lower than the market price so as to make home- ownership easier for the people. Beyond putting a roof over people’s heads, the housing sector is also being used to stimulate economic growth of the state.

To achieve this arduous task, Governor Babajide Sanwo-Olu appointed no less a person than Hon. Moruf Akinderu-Fatai, a great leader and philanthropist as the com[1]missioner, Housing in the state. To succeed in its quest for housing de livery in the state, Akinderu –Fatai said the state government is engaging multi- nationals along with other MDAs to build and support the financing of vertical buildings in the state, saying the option is viable given the fact that land is a limited re- source in Lagos.

The commissioner speaking with select journalists in his office on the various initiatives being adopted by the government bridge housing deficit in the state explained that with the rate of population explosion in the state, meaningful impact can only be achieved through maximisation of our scarce land by the construction of high rise buildings.

He added that they are making progress in discussions with some international or[1]ganizations that would soon embark on mass housing delivery in the state, disclosing that more state housing schemes will be delivered to the people very soon. The commissioner disclosed that the cited projects, which are being financed through direct budgetary allocation, are specifically for the benefit of low and middle income earners.

He said, “The state government is working tirelessly to deliver the ongoing housing schemes so that the low and middle-class Lagosians can also come on the homeownership ladder”. This, according to him, will be accomplished through a convenient mortgage system since a larger percentage of the homes shall be allocated on the Rent-to Home Scheme, whereby the tenure of payment will be spread over 120 months after the initial payment of five per cent of the value of the homes by the allottees.

The commissioner also pointed out that Lagos is also subsidising the cost of the homes to reduce the barrier to homeownership, despite the increased cost of building materials occasioned by the current inflationary trend in the country. He hinged the success recorded so far in housing delivery in the state on the governor who he said has continued to display determination and unusual resilience housing scheme delivery. On Sangotedo housing scheme recently unveiled in the state, he said,

‘’This project was faced with a lot of challenges but we have to thank Mr. Governor for all the strategic moves deployed to ensure that finally the scheme is completed and handed over to the people. We appreciate you sir and pray that your good legacy of self- less service will continue to resound above all distractions. ‘’Sangotedo Phase 1 consists of 744 homes in 62 blocks of 12 homes each. There are 248 one bed, 248 two bedroom and 248 three bedroom apartments in this scheme. It is important to note that this estate is the largest of the LagosHoms schemes and will impact greatly on the housing deficit statistics in the State. ‘’When the Phase 2 of the scheme is de- livered in due course, there will be an additional 444 homes to the housing stock in the area . The infrastructural compoents in this estate include a network of well structured roads, adequate drainage system, perimeter fence, sewage treatment plant ,water treatment plant and electricity.’’

For Governor Sanwo-Olu, he said his administration took into cognisance the joy that home ownership brings to the people. He said, ‘’This is not only peculiar to Ni[1]gerians as home ownership has always been a mark of great achievement among all people. These considerations, among others, have made housing provision a critical part of our developmental efforts in the state. ‘’I must however add that not everyone can benefit from state housing schemes. It is for this reason that we are deepening our activities in the area of land allocation and speeding up the formalization procedures for land acquisition.

‘’We are going ahead with the plans for full excision on all untitled lands. This is to ensure orderliness and sanity in this important sector with the aim of tackling the problem of land grabbing in Lagos State. The menace of land grabbing is a major turn off for both individuals and private sector real estate investors.

‘’In putting this plan into reality, all stakeholders will be carried along to enable us have a formal and documented delineation on communal land and family land. A technical committee will be inaugurated to smoothen the implementation of the excision process. It is our hope that at the end of the process, all untitled land will be covered by Certificate of Occupancy (C-of-O) for transparency in sales or transfer of landed assets.’’ Sanwo-Olu added that his administration has created 16,904 jobs through the construction work in various housing schemes in the state.

The governor explained that the provision of more housing facilities in urban, suburban and rural areas is part of his administration’s T.H.E.M.E.S agenda, saying housing falls under the Pillar M-making Lagos a 21st century economy. He added that the state government is focusing on the built sector as a driving factor for economic development, social inclusion and job creation.

The governor who also performed the ground-breaking ceremony of LagosHOMS Ibeshe Phase 11, stated that the housing projects have direct economic engagements for consultants, contractors and artisans in the state. Sanwo-Olu confirmed that most of the estates were being delivered through direct budgetary allocation, adding that every responsive government knows the impact of good and decent homes on the welfare of the people.

According to him, the projects have a ripple effect on other areas of life by adding meaning and essence to living, adding that provision of housing remains one of the mandates of his administration. The governor said: ” I wish to say that in the past two and half years, we have been earnestly addressing the huge housing deficit in the state. It is important to note that the gap in supply and demand of homes is not peculiar to Lagos State.

‘’Accommodation deficit is a challenge associated with all urban cities in the world. The situation in Lagos is however challenging because of the population growth rate of the State. The massive migration of people from all over the federation to Lagos State places a great pressure on the available housing facilities.

“In order to cope with this trend, the state government regards it as a duty to keep on building more homes to take care of the increasing housing needs of its res- idents. About five weeks ago, we commissioned an Estate of 100 homes constructed through a joint venture in Lekki. Today, we are here again to release another set of 480 homes delivered through direct budgetary allocation.

“In utilising these two strategies of partnership with the private sector and budgetary allocation, we have been able to deliver 13 thirteen major housing schemes all over the state. We are still counting because we are still at work in a number of housing construction sites all over the state. Apart from the one being commissioned today, three schemes are virtually ready and awaiting commissioning at Sangotedo, Odo-Onosa Ayandelu, and Agbowa.”

Governor Sanwo-Olu said that by the time his administration is marking the third anniversary, a total of 7000 homes would have been delivered to the people, adding that the state government is also embarking on partnership with the private sector to provide more housing needs for the people.

He said the private sector involvement in housing development is vital to a robust housing delivery policy. “Within this location, there is also a joint venture housing scheme which is being constructed in collaboration with a private investor. This is just one of the partnership efforts of this administration.

There are still other joint venture schemes at Ijora-Badia, Tolu-Ajegunle, Lekki and Ajah to mention a few. By involving the private sector, the State is widening the home provision net and opening the door wider for more home ownership opportunities,” he said. Sanwo-Olu added: “In terms of job creation, through the construction work in our various housing schemes, the state has been able to create, 17000 direct economic engagements for consultants, contractors and artisans in the state.

Other forms of indirect economic activities in the form of food vending at sites, transportation for work gangs and other related undertakings also amount to 18000 indirect jobs for the informal sector.”

The governor said that the phase II of the Ibeshe Housing scheme that its foun[1]dation for the construction was being laid will yield a total of 192 two bedroom flats with supporting infrastructure which will include a network of roads, drainage system, car park, electricity and water retiulation system.