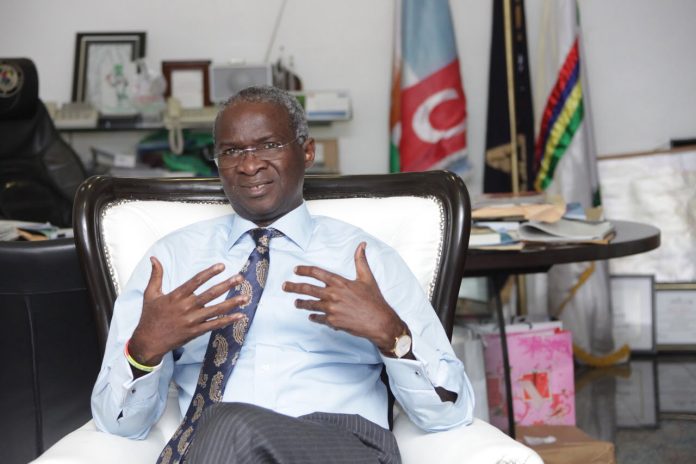 Nigerians have said that the N7.3m starting price for the 5,000 housing units built by the Federal Government in 34 states of the country is not meant for the average Nigerian.

The Minister of Works and Housing Babatunde Fashiola, had on Friday revealed that Nigerians can now apply for houses built under the current Federal Government’s National Housing Programme (NHP) in the 34 states.

A portal- ‘https://nhp.worksandhousing.gov.ng,’ was formally launched to enable Nigerians to apply for the housing units.

The government had claimed the projects are in line with the United Nations Goal eleven of the Sustainable Development Agenda which targets to ensure that by 2030, the government will provide access to adequate, safe and affordable housing and basic services and upgrade slums.

But the cost of the cheapest unit will take a Nigerian civil servant on the N30,000 minimum wage 20 years to pay for a one bedroom flat.

Nigerian on social media platform, Facebook believe that the prices pegged on the building is not sustainable particularly with the country’s housing gap.

They believe that the FG could have subsidised the price to accommodate the ordinary Nigerian.

They argued that government housing programs are supposed to explicitly target households at the bottom of the income pyramid, for whom most commercially-developed residential property is out of reach.

This, according to those that commented is where the Federal Government’s National Housing Program appears to have failed.

Cristie-ijedinma Atuh in his reaction said, “If FG can’t give 2bedroom for N3m they should just forget it. This should be subsidized housing. You do a housing scheme to help the people, not use it to make money from them.”

Obiekwe Emmanuel stated that, “The infrastructure will rot and decay. The cost of FG housing should have been cheaper than buying from private real estate owners or building by self.”

“That’s too much on the high side. How many low income civil servants are able to pay back, feed and train their children,” said Aggrey Tams.

Abdulhakeem Nurudeen said, “One bedroom apartment for N7.3m?This present Federal Government is a killer. Gas, petrol, kerosene, electricity,. food, everything going beyond the reach of the common man.”

“If these houses are for the masses of low income earners, so level 3 officers with just little above N30,000 should use the whole to pay for house alone every month, how much is their housing allowance,” said Temitope Gbokan.

Rukkiyat Iyabo Ibraheem Yahaya said, “Please this is too much, no civil servant can afford it except politicians.”

Egbuhuzor Emmanuel said, “How can civil servants in Nigeria be able to acquire these houses with what they are paid as salary?”

Awenebe Okhakumhe said, “N7.3m is enough to build a four bedroom flat, so why buy one bedroom for N7.3m and then share the same building with other occupants? This governnmentis just full of questionable policies.”

“This is so exorbitant. N7.3m for one bedroom apartment. This government is not ready to help her poor citizens,” said Ogbonna Cyril.

Ajuwon Larry said, “The price reveals the targeted buyer is not a civil servant.”