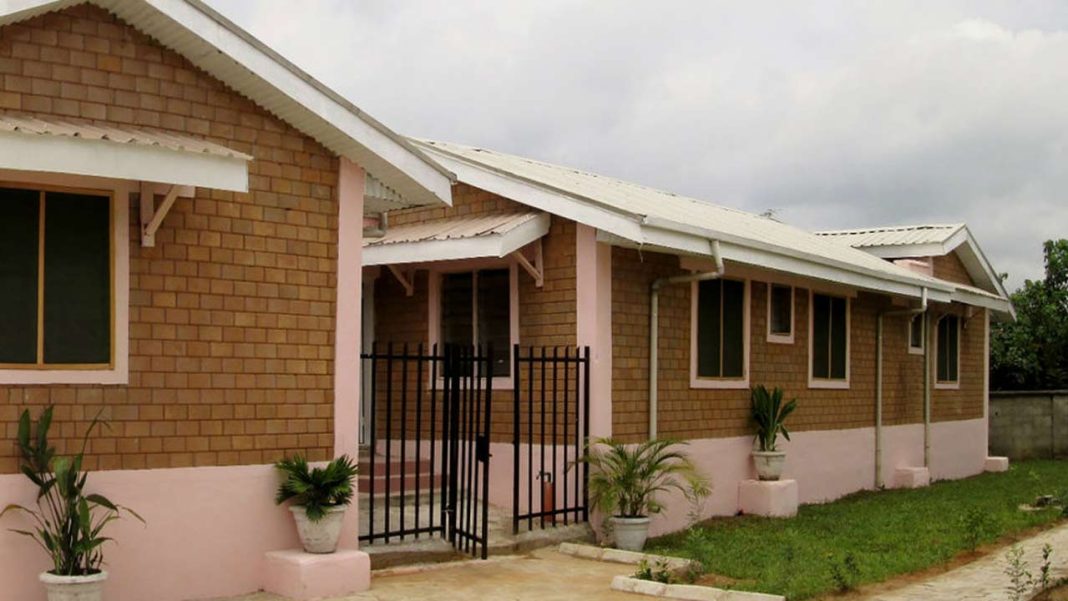 The high cost of awarding housing projects to contractors by the Ministry of Works and Housing is currently threatening the success of the National Housing Programme of the Federal Government, investigation by THE WHISTLER has revealed.

An initiative of the Minister of Works and Housing, Mr. Babatunde Raji Fashola, the NHP according to findings, is currently building houses at prices that average Nigerians who need housing can hardly afford.

Sources in the housing sector confided in our correspondent that the Ministry has awarded multi-billion contracts for the construction of 4,694 housing units, out of which 2,249 units have been completed in 34 states and the Federal Capital Territory.

Findings revealed that a total of 41 housing construction sites are spread over the 34 states and FCT.

Sources described the Minister’s seeming failure to learn from previous failed housing interventions that prioritized enriching contractors rather than building houses that fit the income profiles of average Nigerians as sad.

An industry source with knowledge of the project implementation said, “Indeed, it does a great disservice to the Minister and is a missed opportunity to live up to his public criticism of previous housing interventions while setting a refreshingly new direction of worker-centric FG-led pro-average Nigerian affordable housing initiatives.

“At conception in 2016, the Minister led housing industry stakeholders to believe that affordability was at the heart of the National Housing Program.

“The thinking was that it would design, build, and deliver houses at prices that low-medium income earners, who form the core of those in need of decent housing, can afford using their salaries.

“Thus, the program was expected to mark a historic departure from previous government housing schemes that produced expensive houses that have remained empty because they are too costly and sited in locations with no access roads and no development.”

But facts obtained by THE WHISTLER from the contract award letters on the cost of building National Housing Program projects tell a different story about the affordability of the housing projects.

Further investigations revealed that the Ministry of Works and Housing also approved a N341m contract award to Messrs. Techno International Co. Ltd for the construction of condominium (mixed occupancy) comprising a block of 24 flats of 4 units of 3-bedroom apartments, 16 units of 2-bedroom flats and 4 units of 1 bedroom flat in Ekiti State.

Sources with knowledge of the contract told this website that most of the houses are located in remote places where access roads and infrastructure are lacking.

“These construction costs and additional infrastructure costs, which would form the baseline for the eventual market selling price of the buildings, are too high and do not reflect a commitment to affordability and the target market – low- and medium-income earners,” another industry stakeholder said.

Construction trends in the local and international market provide cost-effective designs of affordable houses that can be delivered at near half the prices that the Ministry of Works is building under the National Housing Program.

Findings revealed that currently in Nigeria, there are many proven models of ideal affordable houses. For instance, it was gathered that in partnership with the Millard Fuller Foundation (MFF), Reall has delivered the most affordable one-bedroom, 32sqm house at a total cost of $8,040 which is about N3.8m using the Central Bank of Nigeria conversion rate of N480 to the dollar.

Using this model, Reall has delivered a 212-home project on the outskirts of the capital, Abuja with the houses being sold at a price of $10,000 which is approximately N4.8m.

Findings also revealed that Reall is currently working with the Family Homes Fund (FHF), a government housing agency to deliver these same houses to Nigerians.

Despite the high cost of projects being awarded by the ministry, stakeholders express surprise that the government has continued with the affordability rhetoric.

For instance, speaking at the 15th Abuja International Housing Show held in July this year Fashola said that “the philosophy behind the NHP is the provision of a pilot housing scheme that is affordable, accessible and acceptable as contained in the National Housing Policy.”

The Minister also defended the National Housing Program, saying that it was based on a study of past projects and tailored as an improvement over the previous program.

He said, “We did an investigation, and that led to the design of the bungalows and condominiums that we are building today.”

But stakeholders said the seeming disconnect between rhetoric and reality explains why low to medium-income Nigerian still find it difficult to own a home six years into the implementation of the National Housing Program.

A source said, “Like many of the built but unoccupied houses in Abuja, the completed houses, especially those delivered under the phase one project, are decaying and fitted infrastructure is going bad.

“The Ministry is having a hard time selling off the homes because the planning and execution were ill conceived.

“Recently the Ministry announced that the houses would be auctioned online on a first-come, first-serve basis.”

Another stakeholder said while it may be tempting to believe the transparency argument of the Ministry, a closer look show that the online strategy could be faulty.

He said, “Auctioning the houses online would exclude many persons who work but are not internet savvy or have access to the internet.

“It also seems the Ministry just came up with the idea several years after the program was started. This also reflects a profound lack of proper planning and integrated execution process and failure to structure a holistic strategy in selling those houses and ensuring that those who need them most can benefit.

“To date no prices have been announced. It remains to be seen how the Ministry of Works and Housing plans to price the buildings and the off takers who would buy them.

“What is, however, clear from available statistics and information is that the National Housing Program is not any different from other previous FG-led housing interventions in terms of affordability to low-medium income earners.”

When contacted, the Media Aide to the Minister of Works and Housing, Mr Hakeem Bello, requested that a message containing the enquiries be sent to him.

The message was sent on Wednesday afternoon. When a reminder was sent to him on Thursday at about 11:05am, he said that the enquiry has been forwarded to the Director, Press and Public Relations; and the Director, Public Buildings and Housing in the Ministry for attention.

However, he added that the allocation to the Housing Sector of the Ministry and the components dedicated to the National Housing Programme for each Budget cycle are matters of public knowledge with records kept.

He said, “Affordability is reckoned not on the basis of ‘cash and carry ‘ but modes of payment that ensures payment over a period of time like the Mortgage system.

“In addition, l don’t know where you got the cost you’re throwing up here from because the Ministry hasn’t unveiled any yet. Moreover, the cost may vary from State to State due to differences in costs in those States.”

As of 3:00pm of Thursday, no response has been received from the Director of Press and the Director, Public Buildings and Housing.