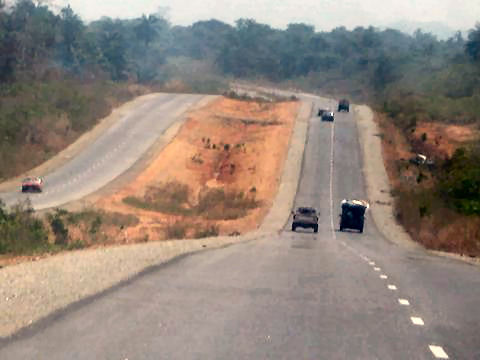 SIR: Shelter is one of the most basic needs of man. Its availability is very crucial to the welfare of every human and its impact on the health and productivity of the individual cannot be overemphasized. Unfortunately, access to affordable housing, particularly urban housing has largely, remained an unfulfilled dream to the vast majority, most especially, the middle and the lower classes of the society. Housing has remained an intractable problem in Nigeria with deficit growing from bad to worse and successive governments from the time of independence 62 years ago have been grappling with the challenge.

The country’s exponential population growth has made the problem so acute and it seems government has just been scratching it at the surface; hence its efforts in this regard seem ineffectual. For instance, the Federal Ministry of works and Housing in 1994 estimated that five million housing units needed to be delivered by the year 2000, at the rate of 833,000 units per year, over a period of six years, to relieve the national housing problems. Needless to say that this policy was never implemented and housing remains a daunting challenge.

But the truth is that housing shortage provides incentives for development and investment, especially low-income housing because it has the potential to draw large amounts of unused or underused labour into production. The 18 million or more housing shortage in the country offer huge opportunities for investment and if we do the needful, before long, we would not only have substantially solved the problem, but we would have succeeded in making real estate sector contribute hugely to Gross Domestic Product as in the developed economies.

At the moment, statistics indicate that housing contributes a ridiculous percentage of about .5% to Nigeria’s GDP as against about 18%-20% in the United States of America and United Kingdom.

Going forward, Nigeria needs Public Private Partnerships (PPP) investment model to unlock the potentials in the housing sector. The country is in great need of efficient public infrastructure and services as its infrastructure gap is adversely impacting the full potential of housing, economic growth and development. The first thing to do is to open up the entire landscape and neighborhoods. Without any doubt, development of adequate infrastructure, particularly road transport network is the foundation of housing and sustainable economic development.

Tied closely to the challenge of regulation around the land use, physical planning laws and its enforcement is the provision of road infrastructure that supports the land use and population densities which is mostly inadequate. A good example is the lack of adequate mass transit infrastructure in our major cities. In recognition of this, Lagos State government took the initiative, but this at the moment is grossly inadequate and restricted to a few areas within the city, but hopefully when fully implemented, it will open up the suburb areas and access to low cost land, cut down travel time for commuters and decongest the city. The BRT system in Lagos should reach every nook and cranny of the state therefore, and should be rolled out across the country. With orderly planning government can concentrate on provision of road infrastructure, ease the burden on residential developers and ensure more cost effective and affordable home development.

Any improvement in road infrastructure that makes the places of work, study and entertainment more and easily accessible can be regarded as contributing to economic growth.

Road infrastructure development plays an invaluable role in housing; its role in housing provision cannot be overemphasized and should not be treated with the least consideration. Provision of this infrastructure is not taken for granted in the developed countries. A major aspect of Nigeria’s housing problem is grossly inadequate primary infrastructure, particularly roads which accounts for a large percentage of housing costs because in most cases developers have to provide this and add to the cost of housing delivery.

The Nigerian housing sector, in all its component areas, requires active government participation as a firm enabler and not just a regulator. In furtherance of the transformation agenda in the road sector and in its urgent bid to meet the yearnings of the public, the Federal Ministry of Works must embrace policy and institutional reforms which will pave the way for private sector financing of road infrastructure. This will promote investment in the economy in general and sustainable housing development in the long run. The forward linkage effects would be seen in more employment, robust economy and healthy living.