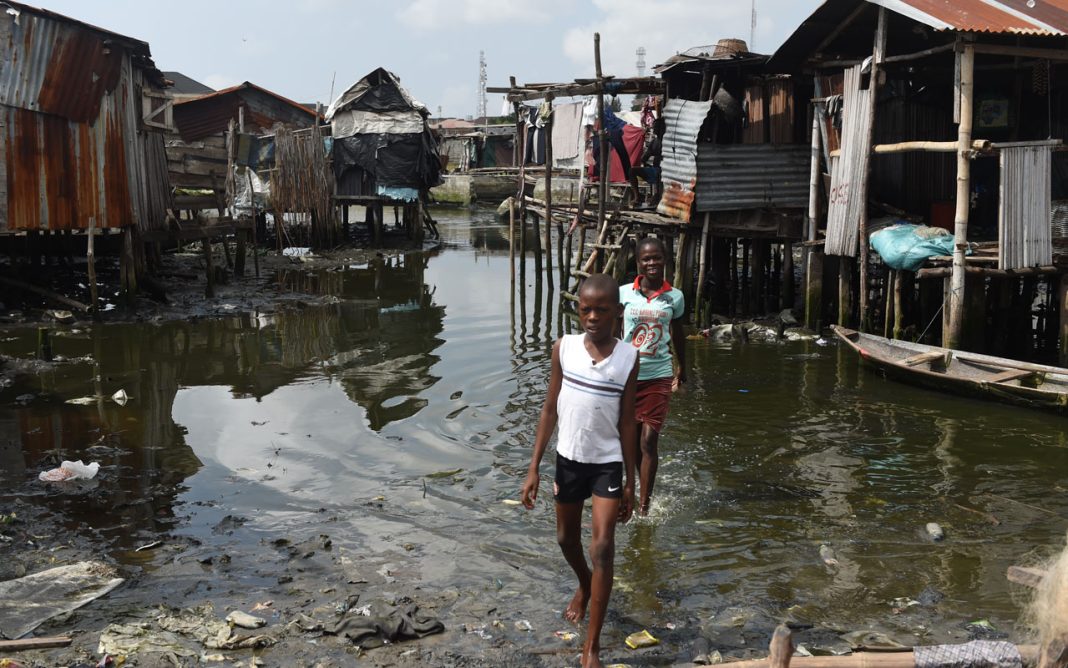 Urbanization is a global phenomenon. According to the UN Department of economic and social affairs (UN DESA, 2018), about 55 per cent of the world’s population presently lives in urban areas.

Nigeria is not an exception. 51.9 per cent of the estimated population of 217 million in Nigeria lives in the urban areas as of 2020.

With the population expected to increase to 400 million by 2050, the percentage of urban dwellers would also increase accordingly. Nigeria, China and India alone are projected to account for about 35% of the population growth between 2018 and 2050.

Cities play multi-faced roles in all societies. They are drivers of economic growth and at the same time, the breeding grounds of poverty, environmental hazards and communicable diseases among other ills, depending on how they are planned, managed and financed. Africa has the highest urbanization rate.

According to the World Bank, urbanization is the single most important transformation that the African continent will undergo in this century, while experts believe that the future of Africa lies in its cities.

African cities are, however, growing without corresponding economic transformation – they are largely unplanned; highly fragmented and disconnected; pantry investment in physical, social, and economic infrastructure and services; and characterized by informal modes of social protection, infrastructure and service provision and dysfunctional municipal administration, to mention a few.

The factors responsible for these vary between jurisdictions, but the one that is ubiquitous and crucial is the acute shortage of financial resources and lack of substantial source of funds with which local authorities, particularly urban municipalities can pursue their own independent budget and programmes free of interferences from the higher levels of government.

Another major drawback and cause of malfunctioning cities is the failure to plan the city growth or failure to adhere to prescriptions and regulations and pay close attention to land use management as prescribed in the city plan. This paper specifically addresses the latter.

Jean-Jacques Rousseau in ‘’The Social Contract’’ (1762) wrote that ‘’everything is good as it leaves the hands of the author of things; everything degenerates in the hands of man.”

The Bible stated that in the beginning, God created a dwelling place called the Garden of Eden for the man and woman he had made. An earthly paradise, the garden was a well organised place, made functional with God putting in place everything that man needed to live a fulfilled and peaceful life. God confirmed that the garden was beautiful when he said that everything he had created was very good.

We read of the progression of man from the state of innocence, bliss and obedience to the knowledge of sin. He floated the commandments of God as he failed to keep to procedure and regulations, leading to expulsion and banishment from the garden. Man messed it all up, failed to follow God’s instructions, and consequently, he had to leave the garden and started a rowdy, unruly, disorderly and disorganized living.

As it was in the Garden of Eden, so it has been with men as we deliberately or otherwise alter our city’s master plan, and render the cities dysfunctional, unworkable and chaotic.

Nigerian towns and cities are made chaotic and dysfunctional because of failure to keep to the master plan and because necessary infrastructures are not provided. Where they are available, they are rendered inefficient for reasons of poor maintenance, greed and corruption.

Lagos for instance is made nonfunctional largely because the master plan has been tinkered with, battered and battered over the years. That is the reason why Ikoyi for instance which was initially designated a residential area was turned into a commercial corridor. It is not surprising to see a place of worship right within the Oba Akran industrial area. Who will forget in a hurry the massive demolitions undertaken across the city of Abuja between 2003-2007 by the then Minister of the Federal Capital Territory, Mallam Nasir El-Rufai in an attempt to restore or compel adherence to Abuja’s master plan and make the city work and functional.

The ugly situation is compounded by massive rural-urban migration, which in itself is a product of public stimulation of urban activities and neglect of rural areas. People move to towns and cities because they view rural areas as places with hardship, and backward and primitive lifestyles. Therefore as populations move to more developed areas, the immediate outcome is urbanization.

Meanwhile, the cities are not inclusive, polluted, with overburdened infrastructure, giving room to lawlessness, confusion, and disorganized living. We find ourselves returning to nasty, brutish and short life, using the words of the English philosopher, Thomas Hobbes in his famous book titled Leviathan (1651). United Nations-World Population Prospects current life expectancy for Nigeria in 2022 is 55 years.

The same scenario plays out in varying degrees in other parts of the world. There is a huge pressure on the cities to cope with lumpy demographic growth, to balance the short-term need of integrating new migrants with the long-term goal of ensuring inclusive, safe, resilient and sustainable urban environments. How can we achieve this? How can healthy urban environments with opportunities for interaction, personal and professional growth and development be created?

These and several other crucial issues prompted the emergence of deliberately planned and created cities across the globe in the last two decades, particularly in Asia, Latin America, the Middle East and Africa, with about 150 new cities currently in the making in a type of urban development which has shown to be particularly seductive in emerging markets, where they are sold as key parts of the strategy to leapfrog from agriculture and resource-based systems to knowledge economies where foreign capital is attracted to boost economic growth. In other words, the rapidly growing demand for urban life is currently being addressed through the creation of new developments and cities, regeneration of underutilized areas and urban sprawl.

The theme for the 2022 annual conference of the professional body to which I belong, the Nigerian Institution of Estate Surveyors and Valuers ‘’Cities of the future-Development, Infrastructure and Sustainability’’ is a topical and timely subject. It is expected that key challenges of future city development and solutions, as well as necessary interventions to solve the hydra-headed problems, would be examined and suggestions would be passed to the appropriate quarters for necessary consideration and implementation.

If we are serious about solving the most pressing national problems, then the transformation of our cities to make them more livable and functional is a priority. If we fail to transform our cities, we will fail to meet the targets set out in the Sustainability Development Goals which were adopted by 193 countries including Nigeria.

The Sustainability Development Goals otherwise referred to as the Project 2030 is a global endeavour aimed at putting an end to poverty, and securing the planet, while ensuring that everyone enjoys peace and prosperity by 2030. Also aimed at ensuring social inclusion, protection of the environment and fostering of economic growth, three critical issues of functionality, economy and aesthetics which are largely lacking in Nigeria’s present cities should be given utmost consideration in our quest to build future cities.

How our future cities would look and function depend on the decisions of the policymakers, the private sector and professionals in the built environment. However, we should endeavour to build cities with the combination of the advantages of urban and rural settings, but without their disadvantages. We should endeavour to build sustainable cities where the ecosystem is holistically ensured, where the aspects of the city system work in tandem for its people and the environment, and where the lives of all people who inhabit them will be enriched.

There is widespread consensus that the process of building future cities would require very substantial investments in real estate and a wide range of infrastructure projects, from airports to flyovers, from metros to widening of roads with people put at the forefront, with multiple strategies balanced and integrated, while adopting ‘soft’ factors of culture and social capital and ‘hard’ factors of infrastructure that benefit the entire community.

To that end, a multi-disciplinary team that would work in conjunction with the private sector and the government, with the responsibility of designing, redesigning the cities, or building new cities, and executing projects in furtherance of that should be set up. Community-based organization could be integrated into the team.

The details of this process will no doubt be complex and vary from one part of the country to another, executing it will be tedious and painstaking, but ignoring this task would leave our cities with a few glamorous, elegant and fascinating projects in the midst of widespread chaos.

Omozusi is an estate surveyor and valuer, as well as a managing partner, GP Omozusi & Company.