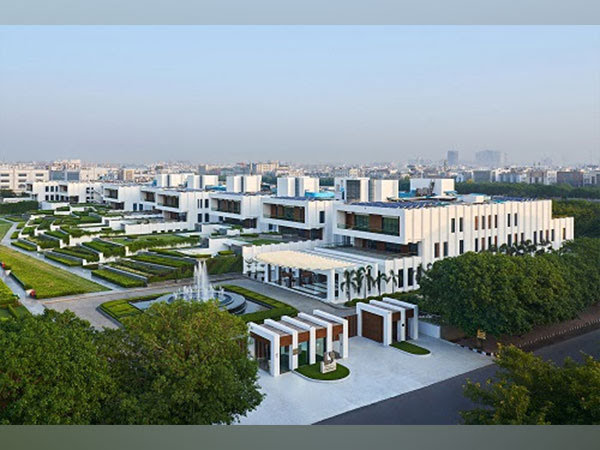 The Black’s Law Dictionary2 defines the words ‘next of kin’ as the person or persons most closely related to a descendant by blood or affinity. A person’s next of kin is his closest living relative who will serve as first contact in the event of emergencies or eventualities. He is empowered to make decisions for the person in times of need or where the person is not readily available or unable to make personal decisions.

In the Australian case of Emsley vs Young,3 Knox C.J held inter alia:

“it is not, and I think cannot be disputed that the primary meaning of the expression ‘next of kin’ used simpliciter in a Will is the nearest blood relations of the testator at the date of his death.”

2. Who is a Beneficiary?

The Black’s Law Dictionary describes a beneficiary as one designated to receive something as a result of a legal arrangement or instrument. The court in the case of Edem v. Etubom;4 described a beneficiary in the following manner:

The essence of spending precious time to write a Will is to indicate in very clear terms those who should benefit from the will. For a person to qualify as a beneficiary in a will or codicil, his name must be clearly spelt out.

In essence, a beneficiary is specifically expressed to be entitled to the benefits of an act, document or legal instrument under the authority of the original owner. He is set to inherit something from an estate when someone else dies, such as money, possessions, real property, stocks and shares.

3. The Position of Next of Kin where there is a Valid Will (Testacy)

A next of kin has been described as a relative who is contacted first where the one who named him is incapacitated or when there is any crisis. The court in the case of Joseph v. Fajemilehin O.O & Anor;5held inter alia thus:

Let it be placed on record that the term “next-of-kin” can be used in three senses. Firstly, it can be used to simply refer to the nearest blood relative or secondly, the person who to be notified in case of any eventualities of life such as an accident, emergency or death. Secondly, he may be required to make medical decisions such as providing information or consent for a person who is incapacitated or thirdly, the term can be used to refer to an heir.

Thus, because a Will is testamentary and ambulatory in nature, it becomes effective and operational the moment the testator dies and the property of the testator can only be given out in accordance with the provisions of the Will and not be based on whether or not a person is named as a next of kin by the testator.

The appointment of a ‘next of kin’ will not operate as a substitute for making a Will, this is because where a man dies testate, the position of next of kin becomes irrelevant as the testator must have given instructions on who the executors and beneficiaries are under the Will. For a next of kin to benefit under a Will, there must be an express provision by the testator to that effect. Where a Will contains the list of executors named by a testator, the persons so listed exclusively have the powers to administer the estate upon their acceptance to act except in the case of unavailability or incapability. Essentially, the position of being a next of kin does not automatically confer the right to benefit from the estate of the testator.

4. The Position of a Next of Kin where there is no Valid Will (Intestacy)

Intestacy can be described as a situation in which a person dies without a valid Will for the purpose of distributing his estate in the event of his death. Under intestate succession, a person named as the next of kin by the deceased person will not be automatically conferred with inheritance rights over the deceased’s property. The question of distribution of a deceased’s estate in an intestacy is governed by the law, and in determining how the estate of the deceased who died intestate would be distributed, section 49 (5) of the Administration of Estates Law of Lagos State;6 provides that:

Where any person who is subject to customary law contracts a marriage in accordance with the provisions of the Marriage Act and such person dies intestate after the commencement of this law leaving a widow or husband or an issue of such marriage, any property of which the said intestate might have disposed by Will shall be distributed in accordance with the provisions of this law, any customary law to the contrary notwithstanding.

Thus, if the deceased person contracted marriage under the Marriage Act, customary law will not be applicable, and his estate will be distributed according to the provisions of either the English law or the applicable Administration of Estates Law in that jurisdiction.8

However, where the marriage was contracted under the customary law, the customary law of the deceased person’s place will govern how the property will be shared and who is entitled or not entitled to the property. Furthermore, if the marriage was contracted under Islamic law, the Islamic laws and practices applicable to the distribution of property will be applicable to the deceased’s estate. The court while explaining succession under Islamic law held in the case of Ajibaiye v. Ajibaiye;9that the properties of a Nigerian Muslim in Kwara State after his death are:

Subject to the dictates of Islamic law of inheritance which does not allow a Muslim to dispose of his properties anyhow… The properties must be distributed strictly in accordance with Islamic law after the lawful heirs have been identified.

The procedure under the English Law and the Administration of Estate Laws of various states is to the effect that the surviving spouse of the deceased and their children are the first persons to be considered as beneficiaries of the estate of a person who dies intestate. They inherit his estate to the exclusion of every other person. This legal position has been upheld in the cases of Salubi v. Nwariaku;10 and Williams v. Ogundipe.11

It is also settled under the law that the surviving children including the illegitimate children (provided the deceased acknowledged the paternity of the children) take the estate in equal shares, irrespective of their gender. This position is predicated on the provisions of section 42(2) of the 1999 Constitution of the Federal Republic of Nigeria (as amended) which prohibits discrimination in its entirety based on the circumstance of one’s birth, gender or religion. This position of the law has further been upheld in the cases of Duru v. Duru;12Ukeje v. Ukeje;13 Igbozuruike v. Onuador;14Anekwe v. Anekwe.15The cases of Ukeje v. Ukeje and Anekwe v. Anekwe are quite instructive in that the Supreme court of Nigeria delivered judgments in both cases on the same day and condemned the rule of customary law that prohibited female children of a deceased person from inheriting his estate contrary to the non-discrimination provision of the 1999 Constitution. The cases further brought into light issues of multiple and intersectional discrimination which relate to exclusion from inheritance on the ground of gender and circumstances of birth, such as being an illegitimate child.

The parents of the deceased come next oi the judicial hierarchy after the surviving spouse and children, followed by brothers and sisters of full blood, brothers and sisters of half-blood, grandparents, uncles and aunts of full blood, uncles and aunts of half-blood,16 this is subject however, to contrary provisions under the administration of estate laws of various states. This hierarchical structure has equally received judicial pronouncements in the case of Salubi v. Nwariaku;17and section 49 of Administration of Estate Law of Lagos State.

Where customary law is applicable, the heirs of an intestate deceased are those who are under native law and custom entitled to inherit his estate. Since customary law in Nigeria is not uniform, a deceased person cannot, while alive confer inheritance rights on persons not so entitled under customary law by choosing and naming them his next-of-kin owing to the customary law that one cannot choose his heirs under the pretext of next-of-kin. The law imposes heirs on him. Thus, since the Administration of Estate Law provides for the order of inheritance which ought to be strictly adhered to, a next of kin, not being among the categories of those entitled to inheritance cannot automatically become a beneficiary of a deceased’s estate in the event of an intestacy.

From the foregoing, it can be argued that a deceased’s next of kin is not ‘next’ to a deceased’s properties but one who can be called upon in any case of eventuality or emergency. A next of kin will only be needed for the provision of some vital information and making certain decisions on behalf of the one who named him and not to inherit his estate by virtue of his position upon his death. The relevance of one who is chosen as a next of kin for the purpose of the administration of an intestate estate is to bring together the relatives of the deceased and ensure that the necessary steps of obtaining probate are properly complied with, but where there is a valid Will, the role of the next of kin is dispensable.