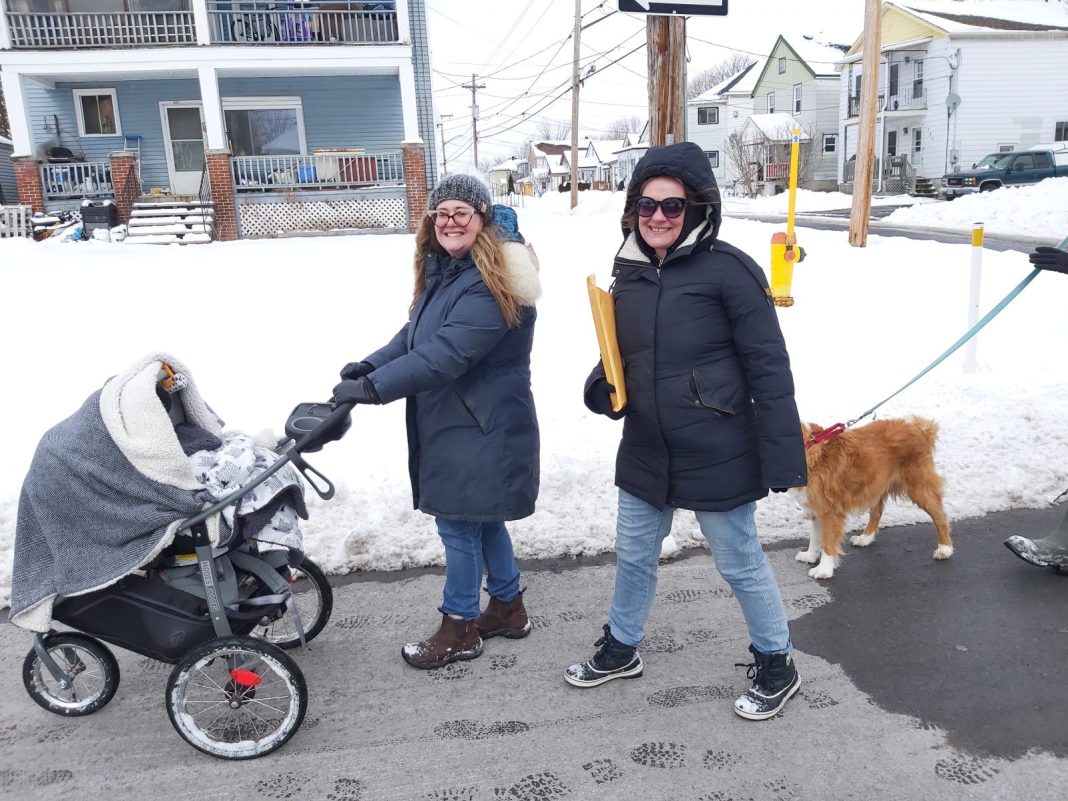 CORNWALL, Ontario – Cornwall residents took to the streets on Sunday, March 13, 2022 to bring attention to the high cost of living and other major issues surrounding affordability. Today’s demonstration was in direct response to the mass eviction at Cumberland Gardens, announced at the end of February.

“I’m one of the residents who received one of the [eviction] notices,” said Madison Bennet who braved the cold to bring attention to the affordability crisis. “We noticed a lot of elderly residents in our community who don’t have people to let them know what’s going on…Honestly, it broke my heart. It’s not feasible for everyone to find new housing.”

A group of about 20 people met at Cornwall’s City Hall, where supporters listened to speeches from local politicians and residents of Cumberland Gardens. They then carried their signs and slogan to bring awareness to the affordability issue through most of Cornwall’s downtown area, ending at MPP Jim McDonnell’s office on Second Street.

“My dad always told me, if you want to make change you gotta get up and do something about it because complaining does nothing,” said Bennett.  “We’ve had so much support from the community.”

Online support for the event was considerably higher than actual turnout, and organisers anticipated more participants. However, largely due to the colder weather this weekend, less people turned out than had originally committed.

Over the last couple of years, an affordability crisis has creeped up on Ontario’s cities. The southeastern Ontario region was largely an outlier in the trend of cities increasing in affordability, until the COVID-19 pandemic hit and property values began to skyrocket.

“Municipalities are doing all they can, but without the funding support and regulations from other levels of government this issue will persist,” said Catherine-Schmitz, who went on to encourage anyone concerned with the rising cost of living and lack of affordable housing should write their local provincial politics.

Real wages in Ontario have not kept pace with inflation over the last twenty years. Meanwhile, less controls on property owner’s ability to increase rent have created a double-edged sword in which many people are forced to make difficult choices when paying their bills. In Cornwall, the wait list for affordable housing can be as little as two years.