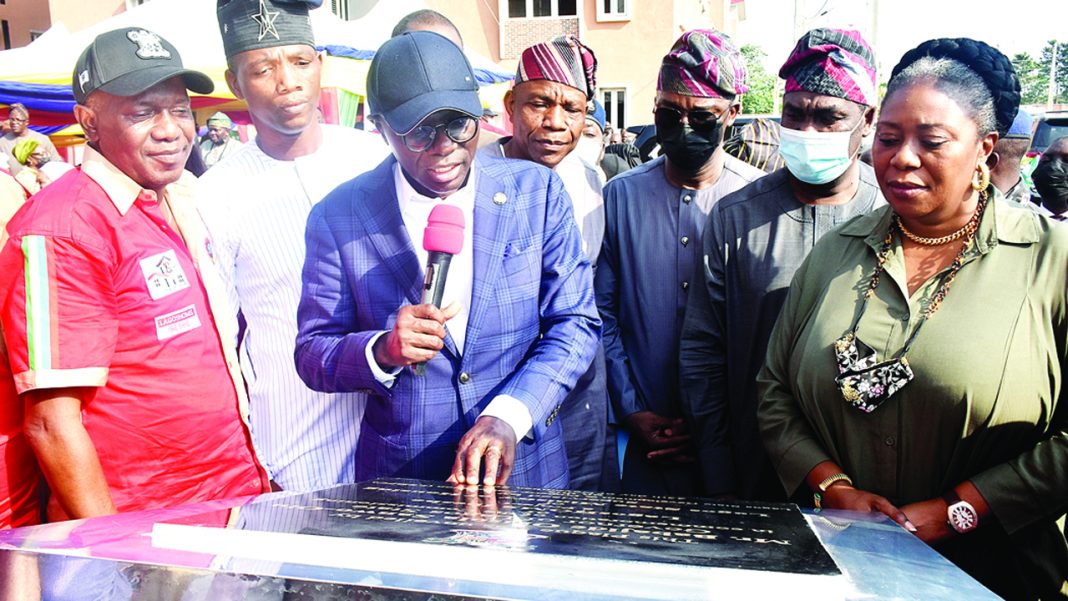 he Lagos State Government has increased the stock of decent homes, with the delivery of 480 homes in Ibeshe Road, Igbogbo – Baiyeku LCDA of Ikorodu.

Officials said the scheme would reduce the housing deficit and provide conducive environments for family and communal living in all parts of the state.

The LagosHoms Ibeshe scheme is a product of the Ministry of Housing and supervised by the Lagos State Development and Property Corporation (LSDPC).

“The teamwork resulted in an architectural showpiece of modern homes delivered in a beautiful, serene and well-planned environment, according to the Managing Director, LSDPC, Ayodeji Joseph.

The scheme sits on a land area of 15 hectares and consists of 40 blocks (480 homes) of one, two, and three bedrooms apartments. The units come with a fully fitted kitchen, store and a guest’s toilet.

The estate has ample car parks, a water treatment plant, overhead water tanks, a borehole, a pump house, a central sewage system, seven transformers, one injection station and two refuse houses. Other ancillary buildings include a generator house and a community hall.

With the ongoing infrastructure upgrade of the area, LagosHOMS Ibeshe is the jewel of real estate development in the environ providing beautiful and classy homes for the people.

He said: “We want to especially recall the effort of the governor in resuscitating some of the above schemes and others that had challenges before his arrival at the Corporation as the MD/CEO way back in 2016. We are proud of the legacy he left behind and we shall always continue to build on it.”

MEANWHILE, the new Managing Director has assumed duty. Joseph is a former Senior Banking Officer at Guaranty Trust Bank Plc, a two-term Executive Chairman of Apapa Local Government, also served one term as a member of Federal House of Representatives and later a Special Assistant at Office of the Speaker, House of Representatives, Abuja.

He studied Geography and Planning where he bagged his Bachelor’s Degree at Lagos State University. He went further to obtain a Masters Degree from the University of Lagos.

With his vast wealth of experience drawn from the private and public sectors, he is well set to take the corporation to the next level.

He has promised to place the utmost importance on staff welfare while increasing the earnings of the corporation.