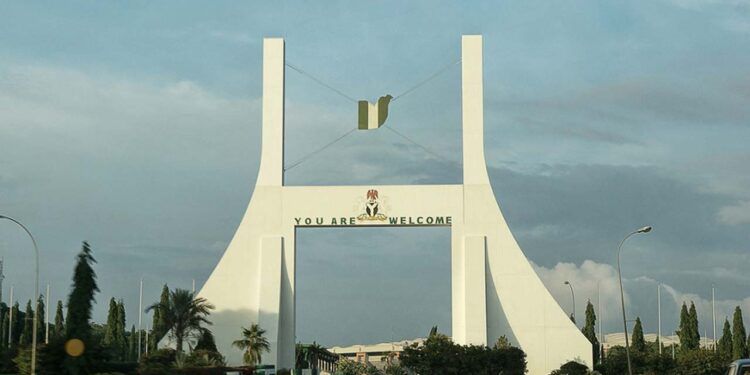 Although there are divergent views on the issue of housing deficits in the country, it is believed that the deficit is between 17 million and 22 million respectively. While there is no available statistic in this regard, many notable experts in the real sector business have been quoting figures.

However, the Minister of Works and Housing, Mr. Babatunde Raji Fashola, has always faulted the figures, and queried the criteria used to arrive at such, saying that the figure is not verifiable and accurate. In one of his objections, he asked, “Who conducted the census that produced the figures in the deficit? Who verified the figures that now seem to trap many of our people in a vortex of difficulty? Does the deficit consider the empty and unoccupied houses in every state of Nigeria?”

According to reports, many of the private housing estates in the FCT have remained unoccupied years after they have been completed by their owners. While this is an undisputed fact, there are those that are under construction, and have been abandoned for years.

From 2020 and now, close to 6, 000 buildings were said to be unoccupied in the FCT, and the development is very worrisome.

This development, Blueprint Weekend gathered, persists because of the high cost of renting houses in the FCT, which is mostly populated by civil servants, and this, it is further learnt, is now a threat to their wellbeing.

A real estate expert, Alhaji Abdullahi Musa, told this reporter that greed is one of the factors responsible for the increasing spate of unoccupied houses in Abuja.

He said: “The problems of unoccupied property in Abuja are in two dimensions.

One, money is not much in circulation and secondly, property owners are very greedy. Under normal circumstances, investment in a house is supposed to be recouped within fifteen years, but landlords would want that to be within the next five years. As a result, they fix high prices on their property.

Speaking further, he said: “Areas like Asokoro, Maitama, Gwarinpa, and Guzape are strictly for wealthy Nigerians who can afford their choices in those areas. But the average Nigerians, where will they get billions to acquire homes of their choice? So, hardly will you see many unoccupied houses in those areas, and if there are, maybe those apartments are under renovation.”

“There is a noticeable high cost of accommodation in Abuja and this is majorly responsible for the settlement of the city’s residents in the suburbs, or outskirts. In Abuja now, those who are working in the metropolis are living in Mararaba, a town in Nasarawa; others are living in Zuba. Though Zuba is in the FCT, it is an outskirts of the city, and very far from the Federal Secretariat, where the major civil servants’ offices are.

“In other cases, some residents who can’t afford houses in the metropolis are living in Kuje. There are some who are living in Suleja, a town in Niger state.

While you can’t get rooms for less than N1m in the developed areas in Abuja, you can actually get accommodation for N50, N70,000, N100, 000 and above in the settlement areas, depending on your budget.”

A resident of the FCT, Christopher Johnson, who lives at Bwari Area Council, told this reporter that though he enjoys his stay at the area, he would have loved to reside in the Abuja metropolis. He lamented that despite the many unoccupied houses in Abuja, a larger percentage of the FCT residents are still living far away from the city centre.

Another twist to this development is the allegation that most of the abandoned houses in Abuja are not genuinely owned by the masses, but by corrupt politicians and government officials.

A prominent real estate expert, who asked not to be named in print, said: “If somebody has used his money to genuinely buy the land, would he abandon his plots? All those abandoned estates you are seeing, they are not genuinely owned by the masses.

“They are owned by those that embezzled government money. They are just looking for where to keep the money, I can assure you of that. They are not owned by people who are genuinely yearning for homes.

“As you are now, you know how long it will take you to build a house. Will you now leave such a house and be staying in a rented apartment? That is impossible. It is those that have plenty of money and are looking for where to keep it that will have buildings like that and abandon them.”

All eyes on FCDA

In preferring a solution to the development, a media report was credited to the Development Control department of the Federal Capital Development Authority (FCDA) last year that a memo would be sent to the Federal Executive Council on the acquisition of the abandoned buildings across the FCT.

While much has not been heard about it, Musa called on the FCDA authority to enact laws that will checkmate landlords to reduce prices of their property by 50 percent. This, he argued, would address the problem of unoccupied houses in the FCT

“The FCDA authority, and others concerned, should intervene and enact a law for the landlords to be checkmated. This law would reduce prices of their property by 50 per cent so that people can afford them. Most of the unoccupied houses are lying fallow because tenants can’t pay for them. The law, if enacted, would address this problem,” he said.

On his part, Johnson, who appealed to the authority to subsidise house rent, called for the audit of all the unoccupied houses, adding that when audited their real owners would surface.

He, however, said those which could not be linked to genuine owners should be taken over by the FCDA and in return, should be rented out to willing residents at subsidised rates.

“I am calling on the FCDA to audit all the unoccupied houses in the FCT. Once this is done, their real owners will be revealed, and anyone that can’t be traced or linked to anybody should be rented out to willing residents at subsidised rates,” he said.