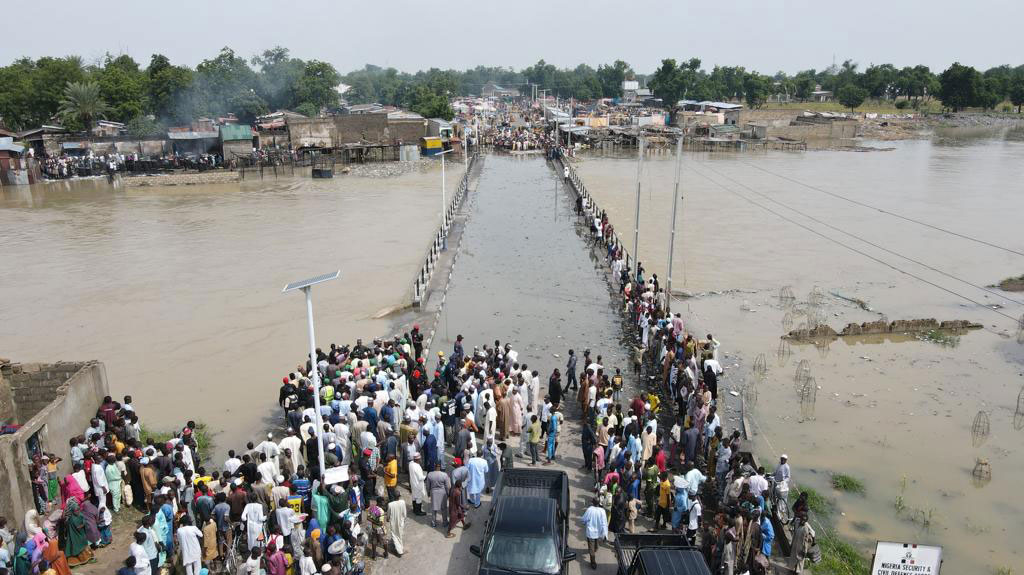 Sequel to the devastating effect of flood in Maiduguri, the Borno State capital, the state governor, Babagana Zulum, yesterday, ordered the demolition of 1, 500 houses in the capital city.

Zulum, who disclosed the decision in an interview with newsmen, said owners of the affected houses would be compensated with buildings in the 500 housing unit estate built for flood victims.

The governor noted that the houses submerged in the flood will be pull down by the state’s Geographic Information Service (BOGIS).

Lamenting that the structures were built on the riverbanks and waterways, the governor said the master plan of Maiduguri metropolis, including Kere Council would be reviewed.

According to him, the review becomes inevitable following the devastating effect of perennial global flooding.

Meanwhile, the governor has directed desilting and embankment of the river as temporary measures.

He stressed that the measures are to protect adjourning houses, the Gambouru Bridge, market and the N4.3 billion flyover.
Zulum further warned residents and property developers against building houses along rivers and waterways.