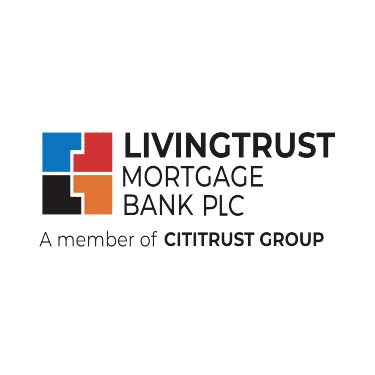 LAGOS – LivingTrust Mortgage Bank Plc, one of the Nigeria’s leading mortgage banks has been nominated for Independent Finance Award (IFA) which is slated to hold on Friday, September 16, 2022 at Victoria Crown Plaza Hotel, Victoria Island, Lagos.

The theme of the award is “Nigeria Economic Advancement: Will RT 200 Be An Economic Game Changer?”

The award dinner event will also feature keynote presentation and a panel discussion that will focus on the key roles, synergies, collaborations and partnerships required by Nigeria’s apex bank to deliver on the promises of RT 200. The keynote will be delivered by the Central Bank of Nigeria, Director, Trade & Exchange Department.

The principal activity of the bank is the provision of mortgage financing, real estate construction finance, among other banking services to individuals, groups and corporate entities.

The bank has made significant impact in reducing housing deficits by advancing residential mortgage loans to thousands of individuals and has also financed tens of estate development projects across several states of the federation.

Beyond its impact in Nigerian metropolises, the bank has provided mortgage loans to several average and low-income earners to acquire residential houses in urban sprawls and semi-rural areas, in a bid to drive mortgage inclusion which is a fundamental strategic focus of the Bank.

In consideration of the financial inclusion drive of the bank, the Central Bank of Nigeria (CBN) recently gave approval to the Bank as a participating financial institution in MSME funding.

Since the CBN approval, LivingTrust Mortgage Bank Plc has disbursed loan facilities to over 620 small businesses across different regions of Nigeria. The Bank also participates in the National Housing Fund scheme.. In more about 30 years of existence, the bank has experienced visible transformation and expansion and has recorded remarkable growth across key performance indicators. For the 2021 financial year, its assets grew by 82.10 per cent (year-on-year) to N11,348,023,258, while Loans and Advances grew remarkably by 89.98% to N7,760,011,125. Deposits grew by 127.64% to N7,227,306,053 while Gross Earnings grew impressively by 143.38% to N1,627,322,334.

This depicts significant improvement in the bank’s earning policy. The bank’s profitability grew impressively. The Bank closed the 2021 financial year with a Profit-Before-Tax of N786,209,000 representing a staggering 407.32 per cent increase when compared against the previous year.

In its unaudited financial report for the first quarter of the year 2022, the gross earnings grew by more than 99% when compared with the same period in 2021. Similarly, the profit for the period increased more than 100 per cent, total loans to customers which comprises of mortgage loans and other advances grew by 143.77 pee cent and total assets grew by 4.39 per cent. The bank operating expenses reduced by 13.18 per cent while net operating income increased by 80.52 pee cent . These milestones have helped the bank to be nominated in the Independent Finance Award.