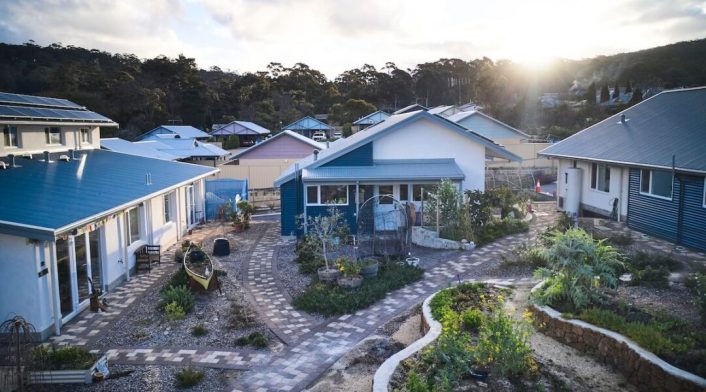 TOPLINE New home sales unexpectedly plunged much more than economists projected in June, according to data released Tuesday, adding to signs that the housing market is abruptly unraveling pandemic-era gains as experts start to worry the downturn could spill over into the broader economy—potentially even triggering a recession.

About 590,000 new single-family houses were sold last month on a seasonally adjusted annual basis, plunging 8% below the May rate of 642,000 and falling sharply below analyst projections of 660,000, the Census Department reported on Tuesday.

Meanwhile, the number of new houses for sale jumped by 17,000 to an estimated 457,000—reflecting about eight months of current sales, or the biggest glut since late 2010, notes Pantheon Macro chief economist Ian Shepherdson, blaming the plunging demand for a recent surge in inventories.

“The housing slump is deepening, fast,” says Shepherdson, noting new home sales fell at a 61% annualized rate in the second quarter and adding the sustained plunge in mortgage applications over the past few months means the latest reading “will not be the bottom.”

The data comes only a week after the National Association of Home Builders revealed home builder confidence plunged to a two-year low in July as high inflation and supply chain constraints prompted many builders to halt construction on homes.

Why A Recession Could Be Good For Private Equity

​​Home buying demand skyrocketed during the pandemic as interest rates collapsed and an influx of Americans started working from home. However, the Federal Reserve’s interest rate hikes have quickly spurred a reversal since March, and some experts worry about the broader economic implications. In a note to clients last week, Bank of America economist Michael Gapen downgraded his economic forecast as a result of the steeper-than-expected housing market decline, saying gross domestic product likely shrank 1.5% last quarter.

“The sellers’ market of the early spring became a buyers’ market more or less overnight, as large numbers of potential purchasers had their spending power dramatically reduced—or were pushed out of the market altogether—by the surge in mortgage rates,” says Shepherdson.

Mortgage rates, which have risen to about 6% since the Fed started raising rates, were about 2.5 percentage points higher in June than they were one year prior, reducing home-buying power by $123,500 when keeping household income constant, estimates First Financial chief economist Mark Fleming.

“For the last seven straight months it has been going down, and this is a huge drop,” NAHB CEO Jerry Howard said on Fox News last week. “I think all it says is, ‘Somebody do something or we’re going to go into a recession.’”