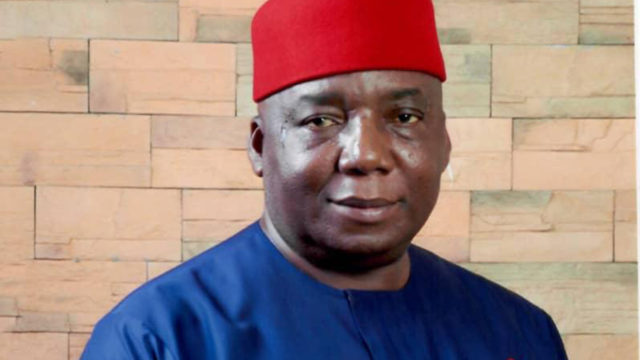 Grappling with the shortage of funds and lack of mortgage finance for housing schemes, members of the nation’s housing corporations have called for immediate implementation of statutory contribution to the National Housing Fund (NHF) to cater for the loans request of low and medium income earners.

The Association of Housing Corporations of Nigeria (AHCN), condemned non-compliance of commercial and merchant banks, insurance companies and Federal Government to the statutory regulation that mandated them to contribute certain percentage of their incomes to the NHF.

In a communique issued after a two-day national workshop on “Facilitating Affordable Housing For Low and Medium Income Earners” combined with its 108th Council Meeting held in Jos recently, the association bemoaned increasing housing shortage and acute problem of housing availability, accessibility and affordability for the low and medium income earners without corresponding actions to match the demand.

They further sought collaboration among stakeholders to address the housing, create and empower the people to reduce unemployment in the society.

The workshop urged the state governments to support housing agencies in driving rental housing across Nigeria to take care of the segment that could not afford outright purchase of homes through Family Homes Funds (FHF) window.

The communiqué signed by AHCN President, Dr. Victor Onukwugha and Secretary General, Mr. Olusesan Obe, called on the federal and state governments to declare state of emergency on housing deficit by embarking on social housing with workable implementation and practical solutions, as well as halt rising housing deficit in the country. They identified defective strategies and non-execution of public housing programmes based on the overall framework of the national housing policy as responsible for widening housing deficit, especially among low and medium income group.

The workshop called for the establishment of the Agric-villages and farm settlement in all local governments across the country as panacea for addressing and resolving food production shortages and housing deficit, thereby creating job opportunities for millions of jobless youths across the country. It bemoaned the increasing rural urban migration culminating in continued food insecurity and putting pressure on unemployment and infrastructure in urban centres as well as retarding overall national development.

The association called for effective partnership models and synergies between FHF and the Federal Mortgage Bank of Nigeria (FMBN), which will enhance development funding, wholesale mortgage lending and origination to reduce housing shortfall in Nigeria. It recognised the inherent opportunities in business partnerships in developing business synergies and strategic alliances to reduce cost and expand into new markets in housing provision.

The participants commended the recent FMBN review of the off-takers guarantee, which makes it acceptable and bankable in favour of housing corporations to enable them access construction loans from commercial banks. The group called on all state governments to support their housing corporations to take advantage of these opportunities for mass housing projects.

They applauded various products of the FMBN such as the renovation loans, Rent to Own and the recently introduced diaspora home loans as part of efforts in developing sustainable housing provision in Nigeria, as well as removal of off-takers’ equity contribution for NHF loans under N5 million and called on all Nigerians to take advantage of these schemes to increase dwelling houses for low and medium income group in the country.

They want governments to speed up the adoption of legal framework for judicial enforcement of mortgages and foreclosure legislations to boost investors’ confidence and streamline bureaucracies in the Nigeria’s mortgage market, adding that lack of adoption of foreclosure laws to safeguard investors as one of the impediments to attraction of housing finance to the housing sector.

The participants called on government to embrace NBRRI technologies to set an example for its acceptance by Nigerians. It noted various research works and development of Nigerian Building and Road Research Institute (NBRRI) over the years, which culminated in the discovery and development of Interlocking Cement Stabilise Earthly Blocks (ICESEBs) and production of pozzolana cements a partial replacement of Portland Cement, which are procured from locally sourced, readily available raw material with cementing properties serving as partial replacement for conventional cement with a completely built pilot plants in both NBRRI premises, Ota in Ogun State and at Bokkos in Plateau State.