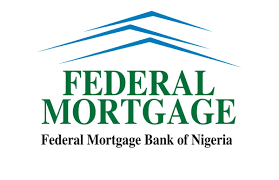 The former Managing Director of the bank, Mr Ahmed Dangiwa disclosed this recently in his remarks at a Town Hall Meeting with staff of the bank.

Dangiwa, whose tenure expired April 8, spoke on behalf of his management team and said the gains made over the five years, were as a result of transparency and accountability in the management of the scheme.

“We also built strategic partnerships with labour centres such as the Nigeria Labour Congress (NLC), Trade Union Congress (TUC) and the Nigeria Employers Consultative Association (NECA). We also drove an aggressive campaign that saw historic participation of the informal sector, the self-employed and cooperative societies in the NHF scheme,” Dangiwa stated.

He said other achievements included the disbursement of N175 billion affordable housing loans and construction finance.

“We also provided affordable construction finance for delivery of 13,499 affordable housing units nationwide. This represents over 59 per cent increase from the cumulative total of 20,435 housing units as of April 2017, when we assumed office. The third plank of our achievements is the speedy processing of N39.5 billion in refunds to 247,521retired NHF contributors,” he said.

Dangiwa said the NHF scheme provided for contributors to be paid back their monies after retirement, at a one per cent interest rate, adding that as of April 2017 when he came on board, FMBN had only refunded N10.8 billion to 132,605 retired contributors.

In another development Mr. Kabir Adeniyi Yagboyaju has assumed leadership of the Federal Mortgage Bank of Nigeria (FMBN) as the Acting Managing Director/Chief Executive. Mr. Yagboyaju’s emergence follows the expiration of the five-year tenure of the Arc. Ahmed Musa Dangiwa-led Executive Management Team on Friday 8th April 2022, and the formal handing over ceremony at the Bank’s Corporate Headquarters in Abuja.

The event was witnessed by the Chairman, FMBN Board of Directors, Mr. Ayodeji Ariyo Gbeleyi. Prior to his appointment as the Ag. Managing Director \ Chief Executive FMBN, Mr. Yagboyaju was the most senior General Manager and the Group Head, Risk Management. The new Acting MD/CE, FMBN is an economist, financial analyst, and customer service expert with almost 30 years of working experience in the Banking industry involving commercial, merchant, and mortgage banking institutions. He has worked with the Federal Mortgage Bank of Nigeria for almost 16 years and acquired vast experience in the management of the National Housing Fund (NHF) Scheme, FMBN Branch Operations, Treasury Services and Capital Market Operations, Human Resources Management, Loans and Mortgages, and Risk Management.

He holds a B.Sc. degree in Economics and a master’s degree in Business Administration from Lagos State University, Ojo and University of Lagos, Akoka respectively. In addition, he has acquired various professional qualifications including those of Chartered Institute of Bankers of Nigeria (CIBN), Nigerian Institute of Management (NIM – Chartered), Licensed International Financial Analyst (Canada), and Fellow Institute of Credit Administration. He has attended various training programs both within and outside the country, including but not limited to the following: Treasury Bourse Game (CitiBank, Turkey), EuroMoney Treasury Management Course, Wharton Business School Housing Finance Program, Senior Management Program (Lagos Business School) etc. He is currently rounding-up with his Ph.D. program in Marketing.Mr. Yagboyaju has contributed significantly to the growth and success of FMBN through his exploits at the Zonal Operations level in South-south \ Southeast as the Regional Executive between 2008 and 2011, by bringing back over 5 States into the NHF Scheme.