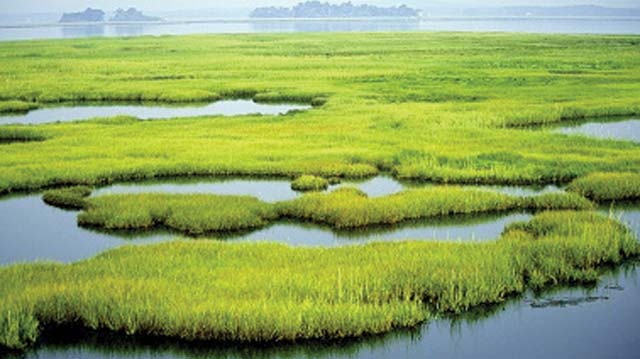 Lagos State government has reiterated its commitment to stopping all forms of encroachments and misuse of wetlands.

Commissioner for the Environment and Water Resources, Mr. Tunji Bello, disclosed this during an advocacy programme on Wetlands and Biodiversity Conservation for Lagos Central Senatorial District held at Yaba Local Council Development Area.

Bello said that the state government has commenced the identification of all wetlands within the five divisions in the state.

He said that government plans to review the draft policy on wetlands management and conservation as well as restore and protect degraded wetlands.

According to him, the advocacy programme themed: “We’re part of the Solution for Nature,” is part of efforts toward creating awareness on the importance of preserving wetlands and maintaining a healthy ecosystem.

Bello, who was represented by the Permanent Secretary Office of Environmental Services, Ministry of Environment and Water Resources, Mr. Mobolaji Gaji, explained that it is the responsibility of everyone to ensure proper soil management and fight biodiversity loss.

He said that climate change, which is of great concern and a matter of global importance, has caused biodiversity loss and wildlife habitat destruction, as a result of the growing demands of industrialisation, housing needs as well as urbanisation in society.

“Government is committed to protecting and improving the wetlands flora and fauna, its biodiversity, conservation and management through efficient ecosystem functions not because it is a habitat to a wide range of species of plants and water animals, but to sustain the livelihood of millions of people that depend on these regions for their survival,” he said.

Earlier, Permanent Secretary, Office of Environmental Services, represented by Director, Conservation and Ecology, Mr. Sheriff Savage, reiterated the government’s commitment towards ensuring a safe, resilient and sustainable Lagos through the conservation, protection and restoration of terrestrial and aquatic natural resources for the wellbeing of the citizen in urban and rural areas of the state.