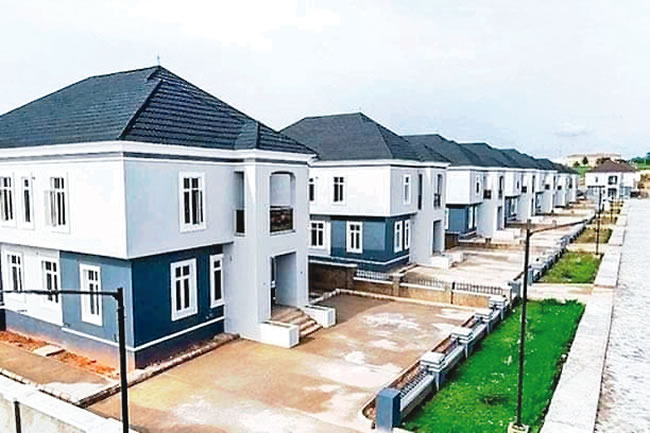 Perturbed by various irregularities and fraudulent activities in the sector, major practitioners under the auspices of the Real Estate Developers’ Association of Nigeria (REDAN)  as well as other institutions and scholars are working hard to ensure that the National Assembly passes the Real Estate (Regulation and Development) Bill into law.

The  bill, which was drafted two years ago and presented to the Senate and the House of Representative in July 2020, is yet to scale through the latter.

While the 9th Senate of the Nigeria’s National Assembly on Wednesday, November 17, 2021, passed the bill and sent it to the House of Representatives for concurrence a week after and was read on the floor of the House on December 2, 2021, the news coming from the House of Representatives Ad-Hoc Committee investigating the operations of the real estate developers in the Federal Capital City is not cheering to most developers.

The Ad-Hoc Committee, in a communique released at the end of its workshop, remarked that the “REDAN Bill is unrealistic and therefore be jettisoned” despite observing that there was no clear regulatory legal framework for estate developers, a situation that has led to the proliferation of incompetent, inefficient and fraudulent practitioners with the tendency to mislead the public.

Besides, the committee also observed that FCT was losing so much revenue as a result of non-compliance to the real estate regulations and enforcement of laws on land administration.

Shocked by the resolution, REDAN and the Housing Development Advocacy Network (HDAN) in  a swift, took on the Ad-Hoc committee, describing its resolution on the bill  “as a clear contradiction of its observations”, saying such would spell disaster for the real estate industry.

REDAN is the umbrella body of the organised real estate sector (private and public) duly recognised by the Federal Government and saddled with the responsibility of providing affordable housing for Nigerians. The body was established in 2002.

The President of REDAN, Aliyu Wammako and Executive Director of HDAN, Mr Festus Adebayo, disagreed with the resolution of the House of Representatives Ad-hoc Committee.

They maintained  that the  Real Estate (Regulation and Development) bill, if passed, would curb various fraudulent activities and unprofessional practices in the sector.

According to HDAN’s Executive Director, NASS must pass the Real Estate Bill now, giving reasons why the law is so important.

Adebayo maintained that such a bill is very important to the sector if the country is desirous of curbing the humongous fraud in the sector.

Rather than for the bill to destroy the sector, as postulated by the House Committee in its resolution, Adebayo said it would act as a booster for investors and subscribers.

He therefore urged the lawmakers to have a rethink and push for the passage of the bill.   “Following the resolution of the ad hoc committee set by the House of Representatives to investigate the operations of the real estate developers in the FCT, the decision of the committee which was conveyed in a communiqué signed by the Chairman of the Investigative Panel, Hon Blessing Onuh, we in the Housing Development Advocacy Network strongly disagree with the resolution that says passing the housing bill will endanger the sector.

“It would be recalled that the Senate, in November 2021, passed a bill to help curb fraudulent practices, ensure that the real estate business conform with the national building code in Nigeria and as well as create an innovative and sustainable environment to promote Nigeria as a real estate investment destination in Africa and the world. The bill was sponsored by Senator Aliyu Wamako from Sokoto State,” he said.

According to him, the whole idea of the bill was to regulate the activities in the sector and bring sanity to the operation of real estate developers, standardise the way houses are built, prevent money laundering, building collapse and other nefarious activities that the Nigerian housing sector is known for.

He said, “But the Committee, in a public notice, said the passage of the real estate bill cannot be done for now, meaning the bill has to stay. We however believe that the refusal to pass the bill, which has the support of major stakeholders including government agencies, will only spell doom for the sector.

“We believe that the inability of the ad-hoc committee to support and work for the passage of the bill despite the fact that it has the support of all stakeholders both in public and private sectors will create more danger in the industry.

“We keep asking questions everyday and every time about who is protecting subscribers in the Nigerian housing industry. At various times and occasions, people are being duped of their hard-earned resources and when the matters are taken to the police, nothing serious has ever been done, many of these cases are in the court for over three years.

“There is little the Consumer Protection Agency can do in this area because there is no law that regulates activities of developers, that is, who should be a developer, what should be the qualities of a developer and many others that relate with the business,” Adebayo said.

According to the HDAN’s Executive Director, all the crimes raised by the ad hoc committee in its investigation were many of the reasons the sector should be regulated.

REDAN maintained that the business of real estate should be regulated in Nigeria as in other climes.

The President of REDAN urged the members of the House of Representatives to stand up against money laundering and the sanitization of the real estate business in Nigeria  by passing the bill.

According to him, the bill would serve the interest of the masses, increase investment in the sector and promote housing development not only in the FCT but the entire country.

Anonymous person wrote, “The REDAN Bill needs to be cleaned up. There are many contentious issues. Too much arrogation of power to REDAN. Remember, most of the NASS members are property developers, while many are planning to become property developers after their term in office.