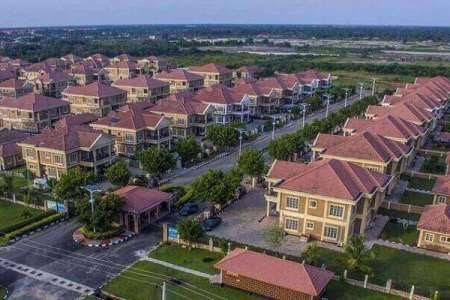 Housing Development Advocacy Network (HDAN) has explained why the National Assembly should pass the Real Estate (Regulation and Development) Bill into law, citing its importance to the real estate sector.

The Executive Director of HDAN, Festus Adebayo, in a statement in Abuja, stressed the importance of the Bill, saying that the lawmakers have to pass it if the country is desirous of curbing the high incidence of fraud in its real estate sector.

Adebayo disagreed with the resolution of the House of Representatives ad-hoc committee set up to investigate the operations of real estate developers in the Federal Capital Territory (FCT) which says that the Bill should be jettisoned.

“Rather than destroying the sector as the House Committee said in its resolution, the Bill would act as an investment booster, creating investor confidence and guaranteeing safety of investment,” he reasoned.

“We at HDAN strongly disagree with the resolution of the ad-hoc committee set up by the House of Representatives to investigate the operations of the real estate developers in the FCT.

“For us, there is no substance in the decision of the committee which was conveyed in a communique signed by its Chairman, Blessing Onuh, saying that passing the Real Estate Bill will endanger the sector,” Adebayo said, urging the lawmakers to have a rethink and push for the passage of the bill.

He recalled that the Senate in November 2021 passed the same bill in the understanding that it will help to curb fraudulent practices, ensure that the real estate business conforms with the national building code in Nigerian and create an innovative and sustainable environment to promote Nigeria as a real estate investment destination in Africa and the world.

Adebayo noted that the whole idea of the bill which was sponsored by Aliyu Wamako, a Senator from Sokoto State, was to regulate activities in the sector and bring sanity to the operations developers, standardise the way houses are built, prevent money laundering, building collapse and other nefarious activities that the Nigerian housing sector is known for.

“But the Committee in a public notice said that the passage of the real estate bill cannot be done for now, meaning that the bill has to stay. We believe that the refusal to pass the bill which has the support of major stakeholders including government agencies, will only spell doom for the sector,” he warned.

“We believe that the inability of the ad-hoc committee to support and work for the passage of the bill despite the fact that it has the support of all stakeholders both in public and private sectors, will create more problems in the industry,” he added.

He wondered who was protecting subscribers in the Nigerian housing industry, noting that at various times people have been duped of their hard-earned resources and when such matters are taken to law-enforcement agencies, nothing serious is done even as many of those cases have been in the court for over three years.

Adebayo noted that there is so little the Consumer Protection Commission could do in this area because there is no law that regulates activities of developers or that spells out who should be a developer; what should be the qualities of a developer and many others that relate with real estate business.

“We must make it known, very clearly, that all the complaints raised by the adhoc committee that investigated the real estate development business in the FCT, all the criminal cases cited, are the reasons the sector should be regulated.

“In fact, if there is any reason the committee should speedily pass that Bill into Law, it is because of those complaints that they raised, including the fact that the FCT and many Nigerians lose so much money to fraudulent activities in the real estate sector,” he said.

Adebayo revealed that what is of great importance to them at HDAN is to see how Nigerians can have fraud-free access to basic shelter, stressing that it is their commitment, which is why they would continue to advocate for it.

“We are open any day, any time for partnership and for collaboration on how a problem like this can be solved in Nigeria. The need to pass that bill cannot be over-emphasised because it will attract more investors into the real estate sector,” he posited.