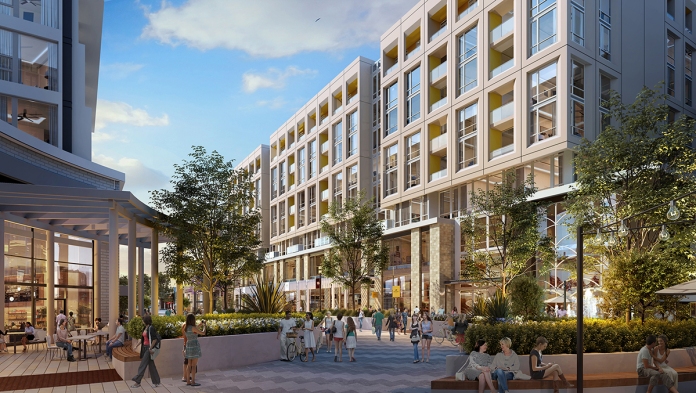 There is obviously a secret plan being nurtured and promoted by a group of real estate developers who think they are influential enough to rubbish democratic good governance in the country. The plan has recently manifested in the current real estate bill in the National Assembly ostensibly sponsored to bring sanity into the system.

I’m not opposed to regulation or establishment of a council that will guide the operations in the real estate sector and restore the confidence of subscribers.

About four months ago, the Senate blinked its eyes away from some contentious clauses and wrongly passed the Real Estate Regulation and Development Bill 2021. And any moment from now, the bill will land in the House of Representatives for concurrence. Therefore, it is apt  to call the attention of the House to the many incongruities in the provisions of this bill.
For a start, this bill is supposedly to provide efficient, effective and transparent administration of the business of real estate development in Nigeria. But from what objective stakeholders in the real estate sector have seen, the bill has in many ways vested statutory powers squarely in the hands of just one group, Real Estate Development Association (REDAN).
Apart from making REDAN a judge in its own case, a clause in the bill gratuitously gives the association power to have three of its members each on the investigating and arbitration panels. This should not be so, simply because REDAN is a private association of a separate group of stakeholders in real estate development registered through its trustees under the Companies and Allied Matters Act.

There are many more stakeholders in real estate development that are not members of REDAN and are in direct competition with members of REDAN in the estate development business. Passing this bill the way it is will vest some powers on REDAN to micromanage the regulatory agency such that those they impose on the Council will edge some of their competitors out of business.

And to further rub salt on the wound of other competitors and worsen their fears, one clause provides that the Chairman of the Governing Council shall be appointed by the Minister on the recommendation of REDAN; and another one says two persons from each of the six geopolitical zones shall represent REDAN, and that the secretary of the Council shall be appointed on the recommendation of REDAN. What a bill!

Allowing REDAN to arrogate such powers to itself is not only contrary to its registered objectives but akin to giving private telecoms operators (such as MTN and Airtel) powers to appoint members of Nigerian Communication Commission and sanction other service providers for infraction.

As passed by the Senate, the bill contains some disturbing clauses which confer special powers on a private stakeholder, REDAN. Some of these worrisome clauses include the powers given to the Council to carry out these regulatory functions in consultation with REDAN. To now place REDAN head and shoulders above other competitors through an invidious legislation such as the one currently being considered in the parliament is an egregious assault on the collective sensibilities of other critical stakeholders in the business.

To say the bill is an unpardonable flaw in equity is an understatement. Through the institutional guidelines of REDAN, the bill gives the Council the power to register and license all real estate developers in the country. One of its clauses gives the Council an undeserved power to monitor, investigate and sanction registered and licensed real estate developers that violate the provisions of the bill and another clause in it provides that the Council shall prescribe fees, fines and charges to be paid as recommended by, wait for it, REDAN!

And there are many more clauses that are so atrociously tilted in favour of REDAN that any careful and dispassionate observer would readily conclude that there is an evil agenda to put the management of real estate development in the country in the hands of a few privileged people. But then it is pertinent to ask whether REDAN can be vested with the statutory powers of this bill as passed by the Senate. The answer would be a capital NO for the reason that REDAN is a registered association of real estate developers under the Companies and Allied Matters Act as incorporated Trustees in 2002, and nowhere in its constitution is there a provision that mandates REDAN to operate as a regulator of real estate development in Nigeria.

It is shocking to see a registered association of real estate developers deviating from its registered objectives and now metamorphosing into a regulator of the business in the country.

At the risk of stretching the argument to a different level, I dare say it is even wrong to create a council to regulate the sector. This is because real estate is traditionally a meeting point of experts from different related professions like Engineering, Architecture, Building, Quantity Surveying to mention but a few. These are professions that are already regulated by their councils and regulatory bodies. But let there be the Council that is neutral and legislation that will attract investors and growth in the sector, not legislation that will be skewed and antithetical to growth.

I will advise the lawmakers to critically look at these issues, thoroughly examine the many grey areas, expunge the contentious clauses or entirely reframe and represent it afresh in such a way that developers will have nothing to do with regulation or recommending the appointment of a regulator.