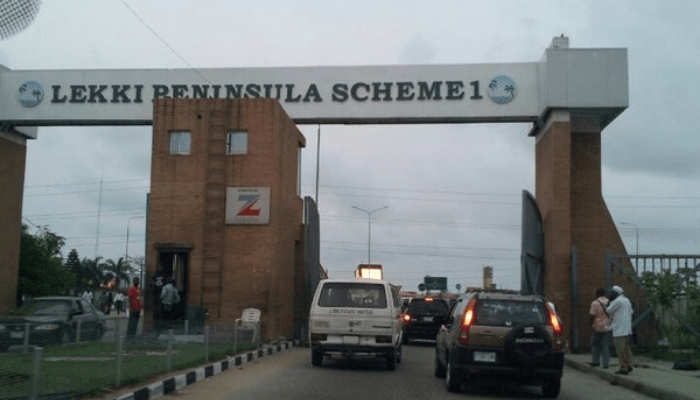 Though investors have seen growth and value appreciation in other new residential communities in Nigeria, Lagos especially, the experience from Lekki Phase 1 in Lagos is the reason those of them that are yield-hungry are now look outing, asking to know where the next big thing exists for them.

They want to know where to expect growth similar to Lekki Phase 1; if this type of opportunity still exists in Lagos, and whether there are other growth areas to look out for.

Typically, growth and value appreciation in new residential communities are slow and gradual, until development comes to meet them. But that is not the story of Lekki Phase 1 in Lagos which has become the fourth most expensive land market in Nigeria’s sprawling commercial city.

In its recent survey of the Lagos property market, Estate Intel, an online research firm, came up with facts and figures about Lekki Phase 1 that make investors questions even more compelling. Dolapo Omidire, Estate Intel’s CEO, reveals that a plot of land in this neighbourhood now averages ₦300 million in sales value, up from ₦3 million it sold for in 2001.

“Our guess is that a number of people who knew Lagos a few decades ago would wish they could take back the hand of the clock. A number of us wish property prices in Lekki Phase 1 can go back to when a plot of land, for instance, sold for ₦10million or less. Or even back to 2008 when we saw a handful of land transactions close at ₦50 million,” Omidire stated.

He contended that investors cannot wait to see the next destination where they can take position to tap into a similar opportunity.

But these growth and value appreciation are never a happenstance. According to Estate Intel, several factors drive real estate growth in general and, in the case of Lekki Phase 1, location and infrastructure did the job.

On its part, for quite a long time, Ikoyi has been known as the playground of the ultra-wealthy, even though the majority of Ikoyi residents in the ’80s and early ’90s were expatriates and top government officials.

These two areas are, unarguably, the most prominent neighbourhoods in Lagos and are both less than 5 minutes drive from Lekki Phase 1 with the new link bridge. It makes sense that the closeness of Lekki Phase 1 to these locations contributes to driving investment interest, while the attention that the Lagos State Government gave to providing infrastructure opened up the new city.

Property prices in Lekki Phase 1 are now significantly high. ₦300million per plot of land has made the neighbourhood the 4th most expensive land location in Lagos, after Ikoyi and Banana Island—both averaging ₦600 million; Victoria Island, ₦500million, and Ikeja GRA, ₦400million.

Omidire noted that, over the past two decades, the residential real estate market in Lagos has remained the biggest growth driver for the sector, pointing out that land, typically, has sustained its position as a major store of wealth for investors with patient capital.

Expectation is that, in the next few years, a handful of new cities will emerge. As such, real estate development in Lagos will be moving further to the outskirts of town. Similar to Lekki Phase 1, this growth will be underpinned primarily by infrastructure allocation which places government on the spot.

Within the Lagos city centre, one of the emerging cities that is likely to surpass the Lekki Phase 1 experience is Gracefield Island, a new urban community sitting on 100 acres of land reclaimed from the Lagos Lagoon.

Besides roads and its own world class infrastructure, Gracefield Island also enjoys proximity to other new cities, particularly Orange Island. It has the expansive Chevron head office and staff quarters as well as the Lekki Conservation Centre (LCC) as its close neighbours.

For investors with patient capital and long term view of the market, Ibeju-Lekki is another Lekki Phase 1 in the making. Martin Iluyomade, the chief executive of Aimart Real Estate, says this fast developing rural community is, arguably, the New Lagos.

“Ibeju Lekki is a place to be; it is the best investment and residential destination in Lagos today. 80 percent of foreign direct investments in Lagos today are in this axis which is why it is a wise decision to take position in any of the new developments in the area,” he said.

Besides the Deep Sea Port fertilizer plant and the Aiport, he said, Dangote Refinery alone would be attracting over 40,000 workers who would be needing real estate assets for living or for business. “This immediately tells you that demand and value appreciation will rise exponentially in the near future,” Iluyomade noted.