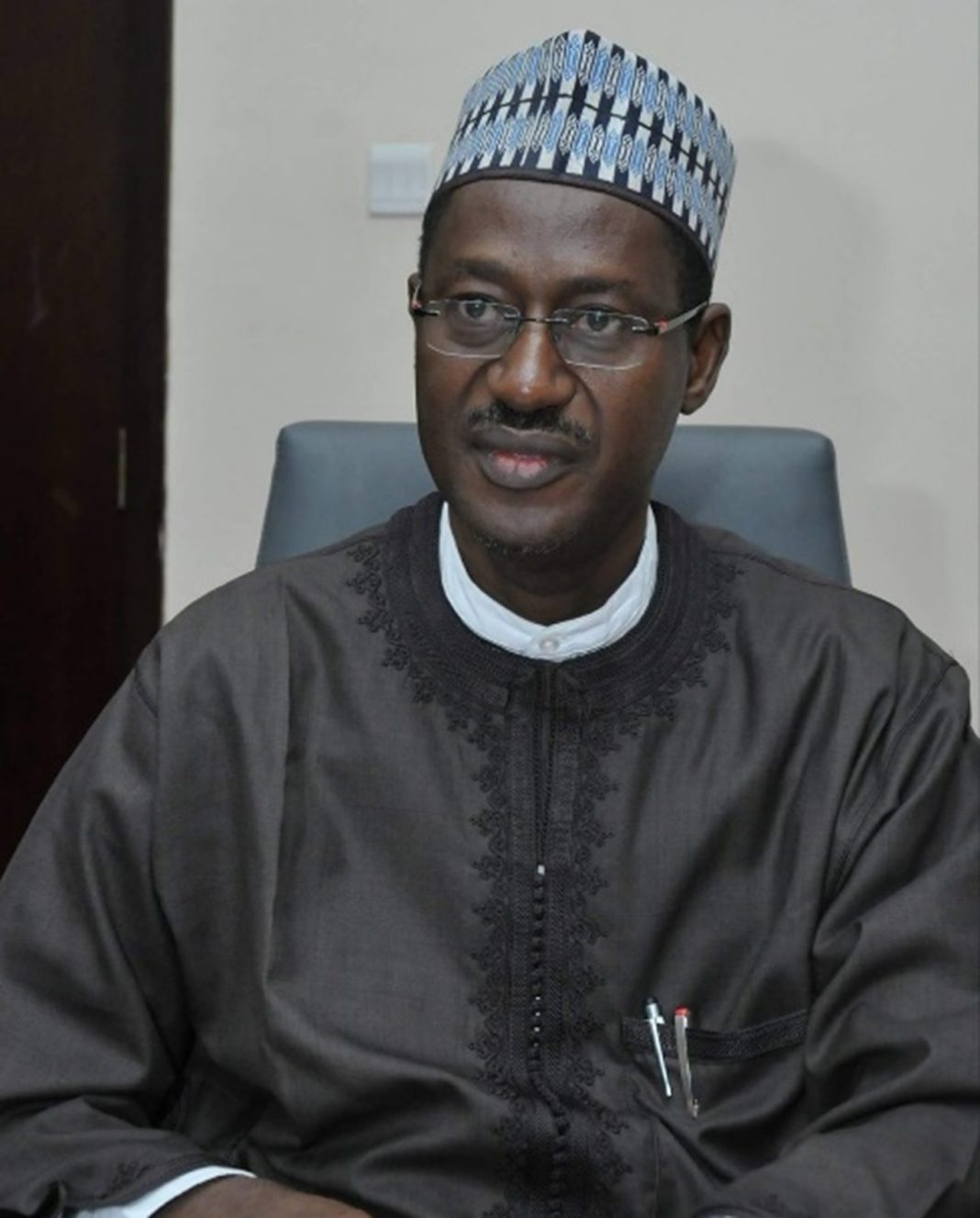 The Federal Mortgage Bank of Nigeria (FMBN) occupies a strategic position as a proven institutional enabler of affordable housing delivery to Nigerian workers. The apex mortgage bank provides mortgage loans at single-digit interest rates – as low as 6% per annum. Open market interest rates range from 22 to 25%. Second, it is the only institution accommodating long-term housing loan payback periods of over thirty years. This is quite significant. For a long time, maximum tenors for housing loans offered by private sector players were capped at five years. In part because financial institutions primarily relied on short-term deposits.

Another distinctive feature of FMBN’s suite of affordable housing products is its ability to offer zero equity requirement for loans below N5million and a maximum of 10% equity for loans ranging from N5million to N15million. These terms are, unarguably, without competition in the Nigerian housing market. Together, they have fortified the bank’s unique status as the leader in the delivery of affordable housing to Nigerian workers.

The paradox of potential versus expectation

Of course, these numbers are pretty small when weighed against the massive housing deficit that experts estimate to range between 17-22million units. Indeed, the bank was conceptually designed to play a more dominant and more profound role in catalyzing expansive housing development. However, in execution, it has not been empowered adequately to do so on such a massive scale that would have stemmed the rising housing deficit. Housing analysts and stakeholders familiar with the Act establishing the bank and trends in the housing industry opine that FMBN would have recorded greater achievements and impacted the housing deficit more if two key factors were addressed properly. One is adequate capitalization, and two, a more robust National Housing Fund (NHF) scheme. At the core of these two pivotal factors is finance – its inadequacy. Catalyzing housing development is capital intensive.

This argument has strong merit at many levels. Take the size of the bank’s capital base for a start. Statutorily, the FMBN is supposed to have a total capitalization of N5billion – a sum that is still grossly inadequate given its mandate. Some of the mortgage institutions that the apex bank on-lends to have even higher levels of financial capitalization than it does. Even at that, it is only 50% of the FMBN’s capitalization that is actually paid up by its principal shareholders, which includes the Federal Government of Nigeria (FGN), the Central Bank of Nigeria (CBN), and the National Social Insurance Trust Fund (NSITF).

While the federal government has redeemed its portion of the shares amounting to N2.5bn, the CBN and the NSITF are yet to put down the cash value of their 30 and 20 percent shareholdings, respectively. Several efforts over the decades to ensure redemption have failed. This strengthens the premise that the core of the bank’s growth drawback is inadequate empowerment. Expectedly, this longstanding systemic handicap has constrained the FMBN’s capacity to leverage housing finance – locally and internationally – with consequential implications on its drive to boost housing development and counter the housing deficit.

The second plank of the argument concerning the National Housing Fund (NHF) scheme is also quite vital. The NHF, which serves as a critical financial pillar of the FMBN, has a weak base. When the scheme was conceived and established in 1992, it was designed to have several solid self-sustaining avenues for mobilizing low-cost funds to support the provision of affordable housing loans to low and medium-income Nigerians payable over more extended periods. This includes the mandatory monthly contribution of 2.5% of workers’ salaries, investments in the scheme by commercial and merchant banks of 10% of their loans and advances. Likewise, insurance companies were required to invest in the scheme. As the bank owner, the federal government was also obliged to periodically inject funds into the scheme to bolster its ability to function as a more effective tool for housing development, a key state objective.

Unfortunately, gaps in the program’s legal enforcement framework compromised the potency for impact. Over the years, commercial and merchant banks have failed to comply with the provisions of the Act. Over these decades, the federal government has also not lived up to its obligation to periodically inject massive capital into the scheme. The NHF has only relied on the 2.5% monthly contributions from workers’ salaries to drive its operations. In the face of these clear violations of the NHF Act by principal players, there appears little that could be done to enforce compliance using existing laws. What is clear, however, is that given the resources pooled from contributions from workers under the NHF, the FMBN has indeed posted proportionally commensurate results.

For the FMBN to unleash its potential as a tool for driving the Buhari Affordable Housing Plan for Nigerian workers, these twin issues that anchor on inadequate financial resources must be addressed frontally.

The good news is that the bank’s management team, for the past four years, has demonstrated that they realize the urgency of the task at hand, have a clear understanding of the issues at stake, and have marshaled a clear action plan to fix them.

A Simple Man with Bold Ideas Charts a New Path

In the lead of this new push to reform the FMBN is Arc. Ahmed Musa Dangiwa. Arc. Dangiwa is a results-oriented technocrat who combines simplicity, progressive action, and a passion for change. In April 2017, when Arc. Dangiwa was appointed to head FMBN as its Managing Director/Chief Executive President Muhammadu Buhari, many industry experts widely commended his choice as fit and wise.

And for many good reasons. First, he combined an impressive track record of academic excellence and private sector experience as a housing industry practitioner and professional. On the academic front, he boasted an MSc in Architecture and a master’s degree in business administration, both providing relevant foundations for his role.

Second, he had built an enviable record of accomplishment as a successful, practicing architect with over thirty years of wide-ranging experience and understood at both the theoretical and practical levels the business of real estate as well as the social imperative upon which it rests. His career spanned both the private and public sectors. From 1996 until his appointment, he built two leading architectural and construction companies: AM Design Consults, an architectural and real estate development consultancy firm and Jarlo International Nig. Ltd, a Construction Company. As the driver of those companies, he acquired practical experience in designing and supervising the delivery of several outstanding housing and related projects in diverse areas and sectors across the country.

Besides his expertise and experience as a top-level real estate consultant, Dangiwa came onboard as someone already familiar with the mortgage banking industry. He had worked with Sahel Mortgage Finance Limited, where he rose through the ranks from being a Property Manager to Manager of the Mortgage Banking Division. In this role, Arch Dangiwa experienced the nitty-gritty of the mortgage industry at close range, how it works, and the social impact that it can have in stimulating the growth of the housing sector and the economy at large. Specifically, he was involved in the design and construction of a wide variety of mortgage and real estate projects that provide housing solutions to various stakeholders, especially in the social mass housing end.

On Track to Deliver

Four years after, Arc. Dangiwa has not disappointed bookmakers. He has led his management team to champion a series of bold corporate reforms, aggressively pursued longstanding programs designed to optimize the bank for impact and brought a private sector management edge to bear on the bank’s operations.

Consider the accelerated stakeholder rally to bolster the financial capacity of the bank. The Dangiwa-led management of the FMBN successfully lobbied critical players in the industry and the National Assembly to pass the reviewed FMBN and NHF establishment Acts. Although the president declined assent to the two bills, the feat stands as a key milestone in the over twelve-year history of several attempts to repeal the bills. Moreover, with the identification of the problematic provisions, the chances of securing presidential assent in the next round is now stronger.

The implications for the FMBN are enormous. First, the reviewed Acts will provide the legal foundation for the bank’s recapitalization to the tune of N500billion. With such a heavy war chest, the FMBN will provide more housing loans to more Nigerian workers and catalyze housing development. Another notable result will be a stronger, more financially liquid NHF with a more robust legal framework for enforcing its provisions.

Arc was the lead man at the FMBN in the past four years. Dangiwa has demonstrated a passionate commitment to putting Nigerian workers first.

“I believe that in executing the mandate of the FMBN to deliver affordable housing, we must improve access to cheap housing finance and encourage developers to build houses that workers can afford,” he remarked recently. “From design to finish, the uppermost consideration must be the financial capacity of workers. Many previous housing programs have failed in the past because they were not built based on a thorough understanding of the financial dynamic of the Nigerian worker in mind”.

A good reflection of this “worker-centric” mindset that Dangiwa has brought to bear on the bank’s operations includes the reduction in the equity requirement for housing loans. Instead of 5% and 20% equity requirements, workers now pay zero equity for loans below N5M and only 10% for loans from N5M to N15M.

He has also led the bank to introduce the ‘Rent-to-Own’ Homeownership Scheme. The scheme allows a beneficiary to move into FMBN-funded property as a tenant and pay to own the property in monthly or annual installments over 30 years at an interest rate of just 7%!

Another notable milestone of FMBN under Arc. Dangiwa’s leadership is the launch of FMBN Digital Platforms. The Digital Platforms have ushered in a new era of transparency and accountability in the National Housing Fund (NHF) operations by empowering contributors with real-time access to information on their NHF accounts.

Overall, the new direction of change at the FMBN inspires hope for increasing access to affordable housing for a more significant number of Nigerians. To sustain the tempo of ongoing reforms at the bank, government and stakeholders should rally around the current management and provide needed support in its plans to recapitalize the bank and review the NHF and FMBN Act. Doing so is critical to taking the bank to the Next Level, in line with the Buhari administration’s plans to fix the housing deficit – sustainably.

John M. Agbokpile is a public policy analyst based in Abuja