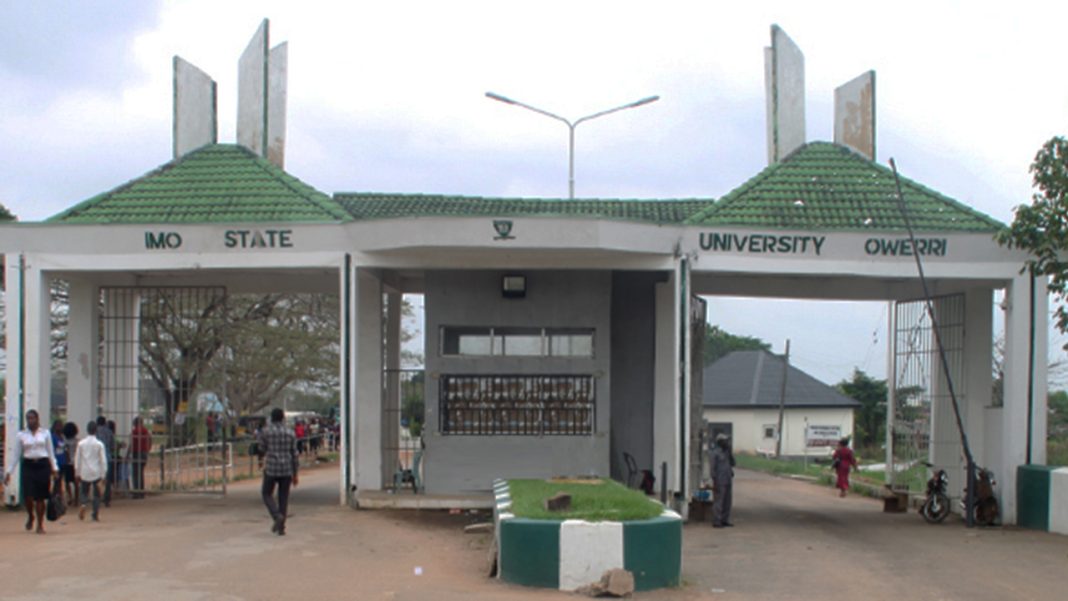 Operatives of the Owerri Capital Development Authority (OCDA) has sealed a 40-room hostel housing over 130 students of the Imo State University (IMSU) after discovering structural defects in the building.

According to the OCDA, the hostel-God’s Destiny Apartment, on Bishop’s Court in Okwu-Uratta, Owerri, failed structural and integrity tests, which resulted in the structural defect.

General Manager of OCDA, Francis Chukwu, said the agency acted in the best interest of all concerned students and to avert building collapse and urged the students to relocate to avoid endangering their lives and property.

He stated that the Imo State government, led by Hope Uzodimma, attaches priority to ensuring that Imo is well protected from unforeseen circumstances, hence the need for the pro-activeness in the implementation of its policies and programmes

During a visit to the hostel, some of the students, who spoke with The Guardian in an interview, expressed worry over the development and canvassed immediate assistance.

One of the students, simply identified as Chuks, said it would be difficult for them to relocate to another hostel within the one-week order, pointing out that they just paid their rents recently.

Also, when contacted, the manager of the hostel, Emmanuel Obi, said they had assembled engineers, including the firm that constructed the building, to meet with the OCDA over the development.

He insisted that the crack on the building was an earth movement, which can easily be corrected, and not as a result of failed structural and integrity test.

MEANWHILE, Uzodimma has approved the appointment of Prof. Uchefula Ugonna Chukwumaeze (SAN), as the Acting Vice-Chancellor of the Imo State University, Owerri.

A statement issued yesterday by the Secretary to the State Government (SSG), Chief Cosmas Iwu, the governor appointed Chukwumaeze in the exercise of his power conferred on him and as the visitor to the institution, stressing that the appointment takes immediate effect.

Chukwumaeze takes over from Prof. Peter Akah, who was appointed over a year ago, also as Acting Vice-Chancellor after Prof. Adaobi Obasi’s tenure.

The Guardian learnt that Chukwumaeze, a professor of law, was the Dean, School of Post Graduate Studies at IMSU.