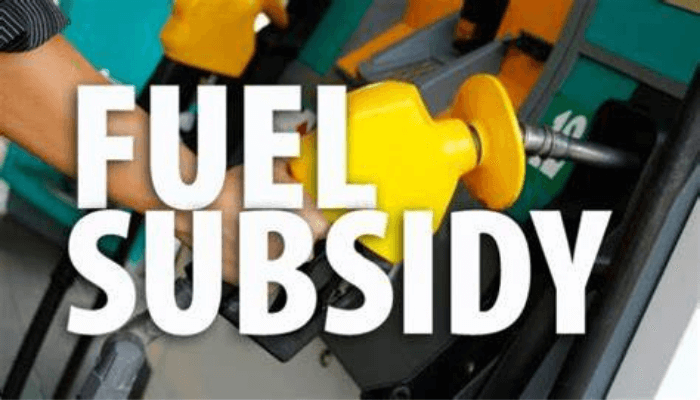 The N3 trillion Africa’s largest oil-producing country has committed to subsidizing petrol in 2022 is no longer news, but what is more alarming is the opportunity cost forgone in a slow-growing economy that could use more investments.

The situation concerning the opaque petrol subsidy is having such a negative impact on the Nigerian economy, that despite global oil price topping $90 for the first time since 2014, every gain from oil exports is now almost entirely cancelled out by the costly subsidy regime.

BusinessDay analysis reveals that the proposed subsidy spree of N3 trillion could have provided funds that would have been allocated to education, health, defense, and agriculture and rural development that would have increased the economic growth or standard of living of its over 200 million people.

For instance, an analysis by BusinessDay shows the proposed subsidy spree of N3 trillion can fully equip 100,000 primary health centers across the country (at N30m each).

These would have improved access to health for the people and also created jobs for an average of 10 persons per health center.

The subsidy spree is capable of building at least 200,000 mortgage homes valued at N15 million each, a development that can play a big role in reducing Nigeria’s housing deficit projected at 20 million.

The N3 trillion can construct at least 5 million boreholes at N600,000 each across the country. This could have reduced the challenges of proper sanitation faced by acute water scarcity in communities, especially in rural areas.

Also, close to 3 million entrepreneurs could have been empowered with an N1 million loan each to boost their businesses, a development that could culminate in job creation, increased GDP, and improved living standards for millions of Nigerians.

The subsidy spree is also capable of adding 27,342 megawatts (MW) of solar electricity to the national grid at N360 million per megawatt. This would have improved the power supply to the manufacturing industries, hence, enhancing production at a lower cost, which would have translated into low prices of goods.

Using Freedom of Information requests and analysis by transparency campaign group Public Private Development Centre, it would cost an estimated N17 million to build a 3-classroom block. This means N3 trillion is capable of building 176,470 blocks of classrooms needed across Nigeria’s 774 local governments.

N3 trillion can also purchase an estimated 300,000 agricultural incubators used for the artificial hatching of fertilized eggs. This could have increased the efficiency and productivity of Nigerian farmers on the farm leading to greater output.

The decision to allocate N3 trillion to petrol subsidy also means Nigeria may have lost an opportunity to construct 6,000km of roads across major highways at N500 million each.

Emerald Energy Institute at the University of Port Harcourt estimated the construction cost of a 100,000-barrels per day (bpd) refinery plant at $2 billion (N830bn). This means the unremitted N3 trillion could have helped the country construct at least three of such refineries, instead of importing light petroleum products estimated at $15 billion per annum.

The expenditure on subsidy for petrol also dwarfs the government proposed 2022 spending of N45.19 billion allocated for immunization against measles, whooping cough, and tetanus to the most vulnerable and disadvantaged children, despite a United Nations International Children’s Emergency Fund (UNICEF) report showing 4.3 million children in Nigeria still miss out on regular vaccinations every year.