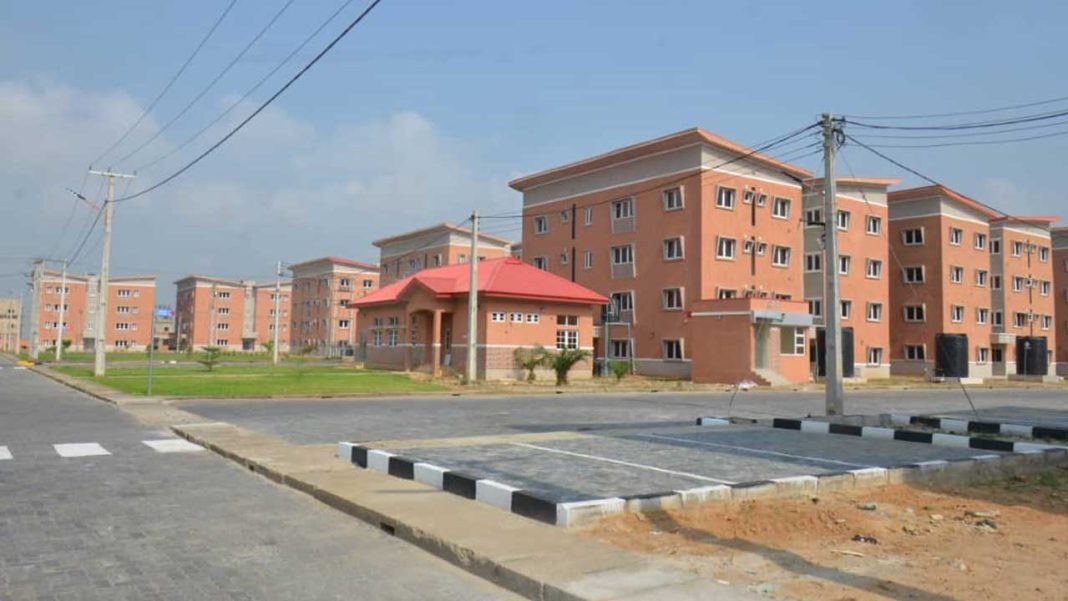 As part of government’s efforts aimed at reducing housing deficit across the state, the Lagos State Development and Property Corporation (LSDPC) has delivered some homes in the outskirts of the city.

The development, which started during the administration of former Governor now Minister, Babatunde Raji Fashola, was delivered and commissioned by Babajide Olusola Sanwo-Olu administration recently.

The project is designed to provide decent accommodation for sub-urban dwellers, thereby, increasing the stock of decent homes in the state. This does not only reduce the housing deficit in the state but also provide conducive environment for family and communal living in all parts of Lagos.

This project was supervised by the state’s Ministry of Housing. LSDPC has worked with the ministry in the execution and completion of a series of LagosHoms in the state such as Anthony Enahoro Housing Estate, Ogba, LagosHoms Shitta, Surulere, LagosHoms Suco Road, Oko Oba, LagosHoms Akerele/Randle, Surulere and LagosHoms Amuwo Odofin.

Known as B.O. Benson Estate, Ibeshe, the estate sits on a land area of 15 hectares, opposite Nichemtex factory, Baiyeku LCDA, Ibeshe Road. The structure comprises 40 blocks of 480 units of one, two and three bedroom flats, while the prices range from N5 million to N13.5million. Each flat comes with kitchen fittings, store and visitor’s toilet.

According to the LSDPC Head, Public Relations and Media, Mr. Sulayman Deji-Etiwe, the estate was executed by seasoned professionals in the corporation and built by contractors, who employed artisans within the locality, while giving opportunities for local residents to be a part of the project. “Consequently, this led to economic growth and employment around the area,” he said.

Deji-Etiwe said: “The estate is an architectural showpiece erected in the Ikorodu axis. It is equipped with modern facilities and provides homes for the people in a conducive, serene and well planned environment.

“The B.O. Benson Estate is one of the several laudable developments delivered by LSDPC. This project jointly financed by the ministry and the corporation is a proof of the commitment of the current administration’s progress towards continuous delivery of decent housing to its citizens. It is the corporation’s contribution towards the government’s effort at providing affordable housing for all in Lagos.”