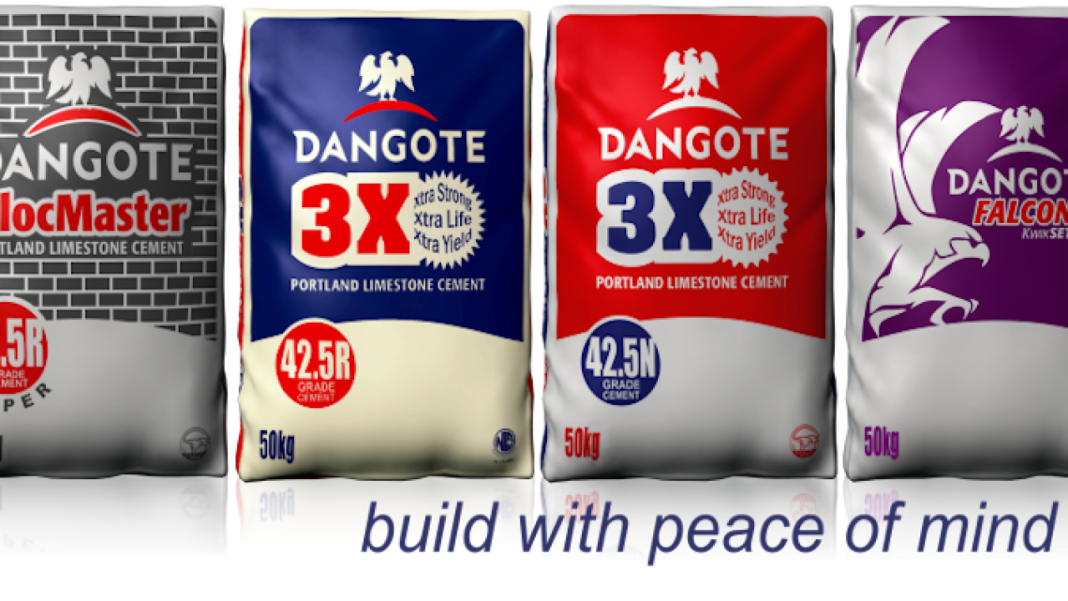 The nations’ housing sector is not out of the woods yet, as prices of cement continue to rise in the building materials market.

The development has triggered a surge in housing prices and the overall cost of construction projects. Aside from the cost of land, to develop a moderately furnished one-bedroom apartment would cost about N3 million.

From December 2020 to November 2021, cement prices rose by 44 per cent impacting prices of other products like blocks, rings and others, which utilise cement as a major ingredient for production.

Within the past six months, the price of cement rose from N3, 200 to N4, 600. The Guardian’s market survey in locations like Abuja, Ogun, Osun, Imo, Rivers, Anambra, Lagos, Oyo, Enugu states among others last week revealed that the price for a 50kg bag hovers around N3, 800 and N4, 600 respectively.

A dealer of the products, Mr. Sunday Ilesanmi, who confirmed the development said the latest increase is from the factory.

Ilesanmi said: “The price of cement has been fluctuating lately but since the price went up, it has remained high. It is also a known fact that whenever the festive period approaches, prices of cement usually go up. Despite the increase, people are still buying because they don’t have an alternative.”

Another dealer, Mr. Ebenezer Nwosu, said although there was no particular reason attributed to the escalating prices from the producers, he stressed that it is not unconnected with the inflation trend in the country, which has impacted the prices of goods and services across board.

Source close one of the manufacturers attributed the hike to several challenges such as rising cost of materials, rising prices of gas, cost of distribution, increasing cost of servicing equipment like cement plants, electricity issues and other operational impediments.

The source said forces of demand and supply have also been a main driver of price realities in states. But industry experts say getting a lower price for cement is the best way to lower the cost of building construction.

Speaking on the development, the Chairman, Faculty of Estate Agency and Marketing, a business division of the Nigerian lnstitution of Estate Surveyors and Valuers (NIESV), Mr. Kayode Ogunji, observed that a major problem facing the manufacturing sector is that when a particular product is on higher demand, people play with the price.

He said the ever-fluctuating foreign exchange rate is a factor threatening the cement sector. Ogunji said: “There is a lot of construction work on-going across the states, the federal and individual levels. As a result of that there is no alternative to cement, yet the quantity is less than the market demands and so there is bound to be an increase in prices. I won’t be surprised by January 2022; there may be another price regime.

“Until we are able to produce in excess, price might not fall. We have the materials in the country and despite the operations of the major players; we haven’t reached the sufficiency level. There should be expansion of production capacity by those producers. If they produce more, the prices might crash. We still need more people to be involved in the production of cement because children yet unborn will still need houses to live and they are not going to sleep under the bridge.”

Regrettably, he said, Nigeria is not ripe for the kind of building construction in Western world, where they don’t use more cement but prefabrication of buildings and wooden housing.

According to him, the current market reality will reflect on the cost of construction, as developers might have to pass the cost also to homebuyers and those renting houses.

He urged the government to encourage people to go into research and production of alternative to cement in the construction sector.

Adekanmbi, who is also the NIOB general secretary, lamented that the system of construction in Nigeria is largely concrete -based, unlike in places like the United States of America, the United Kingdom and other countries that use wood for building houses, adding that there should be deliberate efforts to reduce the price of cement.

He noted that it is becoming difficult to have a low-income housing with increasing price of cement and iron rods in the market.

The former NIOB boss said: “This implies that there will be deficiency in housing production and it will be very difficult for the poor to build houses. The technology needed to go into other ways of construction in our building industry has not been exhausted and it has become an issue. “