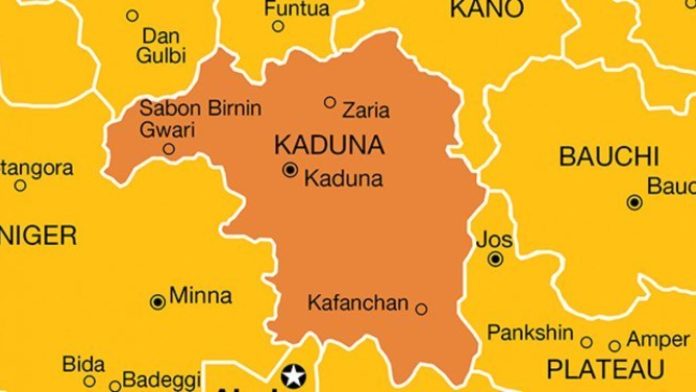 Last year, the Kaduna State Mortgage and Foreclosure Authority issued requirements for eligible Kaduna residents to secure loans through the Federal Housing Authority Mortgage Bank to enable them acquire houses. What has become of that arrangement?

Yes, there was a tripartite agreement that was signed by the state government with Federal Housing Authority (FHA) Mortgage Bank and Nigerian Mortgage Refinance Company (NMRC), with the sole aim of pooling in the sum of N3 billion for the financing of affordable mortgages for Kaduna residents. And of course, the scheme commenced effectively last year after the agreement was signed in October, 2019.

The state government complied with all the requirements of that tripartite agreement, by providing Buy- back Guarantee, State Executive Council’s and House of Assembly Resolutions approving the Tripartite Agreement, opened an account with First Bank and deposited N1 billion, being the state’s share of the scheme as requested by NMRC.

We aggressively conducted advocacy campaigns to sensitize Kaduna residents on this scheme so that they can benefit. We wrote to all Ministries, Departments and Agencies as well as all government offices. We equally carried out sensitizations in more than 19 radio and television programs, and also on social media platforms like Facebook and Twitter handles of this opportunity that was opened for Kaduna state residents. Consequently, more than 600 people keyed into this scheme by buying the N5,000 non-refundable fee for the application form. More than 200 applicants also opened account with FHA Mortgage Bank and made the mandatory N50,000 deposit for the scheme as well, while 140 applicants were able to get houses of their choice and submitted complete application in line with the requirements of the scheme which we all forwarded to FHA Mortgage Bank for processing.

Furthermore, FHA Mortgage Bank returned 20 applications approved in 1st and 2nd batches with offer letters given to the successful applicants which they all accepted. The next step was for disbursement of the loan which FHA Mortgage Bank now requested us and NMRC to send the respective amounts. It was at this stage unfortunately, NMRC requested for additional documentations that were hitherto not included in the initial list of requirements agreed by all parties in the agreement and shared to the public. These additional requirements included, original C of O, Deed of Assignments, Insurances, Perfected Deed of Legal Mortgages on the properties being applied for the mortgage financing etc. These are all secondary level documentation not supposed to be provided at this primary level. You have to pay the owner of the house before getting all these documents which is the global standard. All efforts to make NMRC understand the impossibility of getting these additional documents without paying for the houses were fruitless. In the end, they sent us a letter dated March 31st 2021 withdrawing from the partnership. They said that there was no approval in place yet for them to do this part financing of the mortgages, which is quite unfortunate. This eventually led to the formal termination of the Tripartite Agreement and transfer of the state government’s N1 billon deposit meant for the scheme to TSA.

Since the Tripartite Agreement with the Federal Housing Authority Mortgage Bank and Nigeria Mortgage Refinance Company (NMRC) has collapsed, is there a new mortgage arrangement in place for citizens of Kaduna state?

Yes of course, even before the termination of the agreement we had started sourcing for alternatives that will even complement the initial agreement because we cannot put all our eggs in one basket. And that approach actually worked for us. So, when the Tripartite Agreement failed, we just continued the discussion with other banks especially Cooperative Mortgage Bank and Sterling Bank Non Interest Financing. Cooperative Mortgage Bank offered to partner with the state government to provide mortgage financing for only Kaduna state civil servants. They will give up to N15 million per person repayable over a period of 25 years, maximum at 7.5% interest. There will be zero equity contribution for any house of N10 million or less, while above N10 million will attract a 10% equity contribution by the applicant. So, the failure of the Tripartite Agreement is even a blessing in disguise because now applicants of N10 million and below need not pay any equity as against the initial scheme where, irrespective of the amount you are applying for, you must pay 10% equity or even more. A Memorandum of Understanding and Guarantee Agreement submitted by the bank have been counter-signed by His Excellency since September and the scheme is already operational. We have circulated details of the scheme to all Ministries, Departments and Agencies, so that interested applicants to come forward and submit applications. In fact, we have started receiving applications from civil servants and we are hoping by next week, the first batch of approvals will be received from the bank.

So far, how many people have met the requirements or have been certified as qualified for the loan?

Like I said, we have already started receiving applications from civil servants but it is the bank that will determine who and who has met the requirements and is eligible or qualified for the mortgage financing. We have received all those applications and have forwarded them to the bank which they are already working on. Last week, they confirmed to us that they are almost through and they are likely to come any moment from now and tell us the first batch that has been approved, possibly this week. So far, more than 70 people have opened accounts with the bank and already we have received more than 30 applications which we forwarded to the bank for further processing and more people are sending in their applications.

One thing I will even want to add is, this social housing that the state government is embarking on through the Ministry of Housing and Urban Development, about 455 of the Houses in Rigasa and Ungwan Tanko have already been put up for sale. And it may interest you to know that out of the 83 people who are already qualified to buy those houses, 51 indicated interest to buy the houses through our mortgage arrangements.

Has there been any headway with the Sterling Bank’s non-interest mortgage arrangement?

Yes of course, in fact the discussion started with Sterling Bank even before the Cooperative Mortgage Bank. The agreement for the non interest finance has also been consummated as His Excellency has also counter-signed their Memorandum of Agreement for this scheme, over three months ago, where each party will contribute N500 million to make it N1 billion for a start. In this non interest finance, the bank will give up N45 million maximum per applicant, repayable over a period of 15years maximum at a rental rate of 8.5%. We are only waiting for the release of the state’s counterpart funding of N500 million to the bank for the scheme to kick off. This mortgage arrangement is open and accessible by everybody, irrespective of whether you are working with the state government or not, as long as the house you desire to buy is within Kaduna state.

So, are you saying that there is no need for a counterpart funding from the state government, regarding the Cooperative Mortgage Bank’s arrangement?

No at all, the Cooperative Mortgage Bank’s financing agreement does not require any counterpart funding, all they required was Guarantee Agreement from the state government, which His Excellency has since signed for them. The guarantee covers whatever risk they may anticipate, especially risk of default, or non-payment of the loan by any applicant that the state government will buy off and pay back the bank. But in the case of Sterling Bank’s agreement, it is going to be a joint funding kind of arrangement just like the terminated tripartite agreement where the state government put up the sum of N1 billion. The whole essence is to get these mortgages at an affordable rate for Kaduna state civil servants and all other resident to buy houses of their choice with ease. I don’t want to delve into the details of the Sterling Bank checklist of requirements for this non interest finance scheme until all aspects of the signed agreement have been completed, especially the state government’s release of the N500 million. But for now, we are currently working with the Cooperative Mortgage Bank Financing which is mainly for civil servants.

Lastly, what is the nexus between what the Kaduna State Mortgage and Foreclosure Authority is doing, what Kaduna State Development and Property Company (KSDPC) is into and the houses that the Ministry of Housing and Urban Development are building? They all seem to be into housing, aren’t they?

Yes, this is a very important question. This is to show you the good intention of this administration under the able and visionary leadership of Governor Nasir Ahmad El-Rufai, to ensure that residents of Kaduna state own their houses at an affordable rate. KSDPC has been in existence long before the establishment of Kaduna State Mortgage and Foreclosure Authority. In fact, the Ministry of Housing and Urban Development was only established in 2019, during the second term of this administration. Both KSDPC and the Ministry of Housing are primarily established to build and facilitate the building of houses, while Kaduna Mortgage and Foreclosure Authority was established to primarily create conducive environment for accessible and affordable mortgages for the benefit of the state’s residents. In essence we are to source for mortgage finance institutions that will provide loans for Kaduna residents to buy or off-take these houses being developed not only by KSDPC or Ministry of Housing and Urban Development but even houses built by other Developers or individuals at affordable rates.

–Kaduna State Mortgage and Foreclosure Authority was established by an enactment of Kaduna State House of Assembly on June 15, 2017;

-Kaduna State Government is collaborating with NMRC towards the successful implementation of the Nigeria Housing Finance programme;

-Kaduna State was the first to domesticate this Mortgage and Foreclosure Law in Nigeria, about three months after signing the MOU;

-States are also expected to overhaul the process of issuing land Titles which must be transparent, efficient, digitalised and be given within a very short period;

-Kaduna State Government has overhauled Kaduna State Geographic Information Service (KADGIS), where certificates are being issued within a short period in a transparently efficient and secure manner;

-The essence of the foreclosure law is to harmonise and unify the mortgage laws across the country for efficiency and to give more comfort to investors in the housing market;